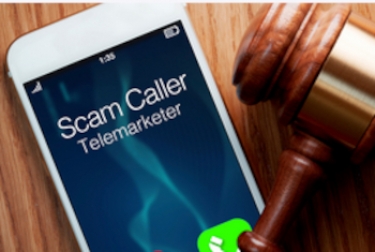 The Federal Government has released a new industry code that it claims will stop scam calls by detecting, tracing and blocking them.

In a statement, the government claimed that Australians had lost about $36 million to scam calls so far this year.

Communications Minister Paul Fletcher welcomed the Reducing Scam Calls Code which has been developed by the telecommunications industry and registered by the Australian Communications and Media Authority.

The statement said the Scam Telecommunications Action Taskforce had focused on three scams:

"ATO scam: In this scam, Australians were receiving calls which appeared to come from a legitimate phone number used by the ATO – this is called 'overstamping' or 'spoofing'. In the 12 months to October 2019, the ATO received over 160,000 reports of scams involving spoofed numbers – an average of more than 10,000 per month. Telcos used software to identify calls using ATO numbers and block them.

"Wangiri scam calls: 'Wangiri' is Japanese for 'one ring and drop'. Victims receive a missed call, often from an international number. When they call back, the call is charged at a premium rate. The Reducing Scam Calls Code requires the telco industry to monitor, trace and block Wangiri call scams.

"The Reducing Scam Calls Code will work alongside the other measures we have announced to tackle scams, including the new industry standard I announced earlier this year to stamp out fraudulent mobile number porting."