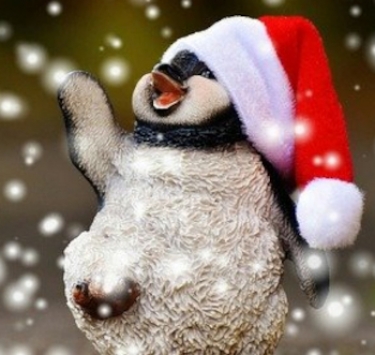 The founder of the CentOS project, Gregory M. Kurtzer, has set up a new distribution called Rocky Linux, and aims to replicate what he did with CentOS – provide users with a distro that is similar to Red Hat Enterprise Linux, apart from the trademarks.

Kurtzer, the chief executive of a company known as Control Command, set up CentOS in 2002, and it was initially intended "to be a build platform for the new RPM-based community-maintained distribution Caos Linux".

On his website, Kurtzer said: "When it was designed to be released to the public, it was originally coined as Caos-EL (Enterprise Linux) and it was renamed publicly in December 2003 to what it is known as today.

CentOS is truly dead for vast majority of users, but there is new fork under way already. Took less than 12 hours to begin, which kind of impresses me. hpcng, #rockylinux on FreeNode.

"After founding the project I led it until 2005 and I was responsible for all of its initial leadership, management, public outreach and partnerships during that period.

"Due to legal, political, and severely less then excellent people, I was forced to relinquish leadership of the project to a party in the UK (where it stayed until the core developers were able to regain control of the project)."

We all know why IBM did it. They want to force people off CentOS and either elsewhere to another Linux distro, or get them to pay for RHEL support and licensing.

Red Hat said on Wednesday AEDT that it was shutting down the CentOS project which it made a part of itself in 2014.

The company's community manager Rich Bowen said CentOS Linux 8, as a rebuild of Red Hat Enterprise Linux 8, would be decommissioned at the end of 2021.

The announcement caused anger, frustration and annoyance among users of CentOS as this would essentially make it a testing ground for RHEL, rather than the same, apart from the lack of trademarks. A petition has been started on change.org, aiming to get the decision reversed.

Of the new project, Kurtzer wrote: "Rocky Linux is a community enterprise operating system designed to be 100% bug-for-bug compatible with Red Hat Enterprise Linux now that CentOS has shifted direction.

"Rocky Linux is a community enterprise operating system designed to be 100% bug-for-bug compatible with Red Hat Enterprise Linux now that CentOS has shifted direction"
Well, that was quick! Hopefully, I can migrate from CentOS 8 to #rockylinux in a few months.

"It is under intensive development by the community. Rocky Linux is led by Gregory Kurtzer, founder of the CentOS project. There is no ETA for a release. Contributors are asked to reach out using the communication options offered on this site."