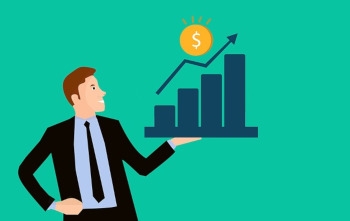 Open source firm Red Hat, now owned by IBM, has crossed the US$3 billion annual revenue line for the first time, raking in US$3.4 billion, an increase of 15% year-on-year, for the financial year that ended on 28 February.

After interest and tax, that left Red Hat with US$434 million in profit for the year, up 66% from the US$262 million it made a year prior.

Red Hat recorded revenue of US$2.9 billion for the last fiscal year which ended in February 2018.

Profit for the quarter came in at US$134.9 million, compared to a loss of US$12.1 million in the corresponding quarter a year earlier. This included a one-time charge of US$123 million for bringing back overseas income under the US Tax Cuts and Jobs Act which became law in December 2017.

“Across the portfolio, our total number of customers with active subscriptions greater than US$5 million increased 33% year-over-year in fiscal year 2019. Also key to that growth is the increasing number of Ansible and OpenShift customers, which now total more than 1300 and 1000, respectively, as of the end of fiscal year 2019.”

Chief financial officer Eric Shander said: “In FY19, we continued to strengthen our strategic relationships with enterprise organisations, which was evidenced by continued growth in sizeable commitments.

"We saw a 17% year-over-year increase in the number of deals over US$1 million, despite the smaller base of large renewals in fiscal year 2019. These deals included broad adoption across Red Hat’s portfolio of technologies, with cross-selling up 22% from the previous year.

“Additionally, our total backlog was US$4.1 billion, a 22% increase year-over-year. This is the third consecutive year where backlog increased at a rate of more than 20% year-over-year, which further reflects the forward momentum of our business.”

The deal with IBM is due to close in the second half of the year.