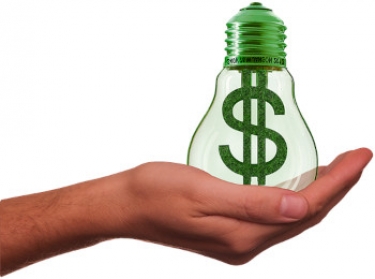 Open source company Red Hat's decision to gut its CentOS distribution should come as no surprise to anyone who has followed the company for some years and seen how it has gone from having some ethics and principles to just another American software firm: one that places the profit motive above everything.

The company has benefitted greatly from having the open source aura around it, but that should now be seen as nothing more than the emperor's new clothes.

CentOS was just Red Hat's enterprise Linux, with the trademarks removed to avoid any infringement. It was the go-to distribution for any sysadmin who wanted the benefit of RHEL but could not afford the support fees.

Oracle did something similar for its so-called Unbreakable Linux and, given the nature of the licensing for the kernel and the other bits and pieces, Red Hat could not do a thing.

Then in 2014, apparently fearing that Oracle would take over the CentOS project, Red Hat took CentOS under its mantle. But nothing else changed; users could still depend on having a free distribution that had all the RHEL updates.

With the change announced on Tuesday, CentOS will become a testing ground for RHEL, an indication that the days of Fedora, the community distribution which Red Hat supports, are numbered. No company needs two testing grounds for a distribution. Developers are involved and that means money, the thing which Red Hat is focused on.

One of the big issues that money-minded people have when they start a business around open source is the question of monetisation. Nobody is willing to buckle down and realise that if the software is going to have the benefit of being under an open licence, then the inflow of money may well be a little less.

But then would you rather sell software like Microsoft Windows, which is a home to every form of malware on the planet (and possibly some from outer space too) or sell good software which can be inspected for flaws and which, at times, needs no support for years and years?

Red Hat, apparently, did not like the lack of money and this became evident when it was reported that the company was supporting servers at the NSA, the premier American spook agency that spies on world+dog.

A report appeared in 2015, saying that the NSA runs its XKEYSCORE program — an application that The Intercept, the website run by journalist Glenn Greenwald, describes as NSA's Google for private communications — for the most part on Red Hat Linux servers.

Were any company, even a terrorist group, to use open source software that they obtain on their own, one could not complain. But when companies like Red Hat salt away moolah made from deals like this, it does tend to cast a dark shadow over a genre of software that was conceived with noble objectives.

The lack of reaction from Red Hat's workers to this bit of news has never ceased to amaze me.

Employees of other technology companies like Microsoft, Amazon and Google have protested when their respective employers indulge in activities that are unethical. Microsoft employees protested against their employer working with Immigration and Customs Enforcement in the wake of the agency's separation of migrant children from their parents at the Mexico-US border.

Workers at Amazon wrote to chief executive Jeff Bezos, telling him not to sell Rekognition facial recognition software to law enforcement agencies and to cancel the contract for hosting data-mining company Palantir on its cloud.

And Google employees protested their employer's involvement in a US Defence Department programme that uses artificial intelligence to interpret video images and assist in targeting enemies in drone strikes.

Red Hat's workers have said nothing. And they still remain silent. Not a single one has said a single word.

But then tech journalists who write about open source software are also to blame, because nobody will write a word that is not in support of Red Hat.

I've asked the company numerous times about their NSA business and also their business with Lockheed, the company that makes warplanes that kill and maim millions around the world.

The silence from the Red Hat camp has been deafening. They constantly claim that they are an "open" company [whatever that means] but clam up the moment an email from me lands.

Thus, this morning when I saw the announcement about CentOS being shut down, I was not surprised. Once a company has set its sights on money and decided it is the only thing, then nothing else is sacrosanct.

Fedora may well be the next to go and there will be a fancy blog post, with all the company's hangers-on trying to spin until they turn dizzy.

I, for one, am glad I only experimented with Red Hat for a year or so, finally ending up with Debian GNU/Linux, a distribution that has served me well for the last two decades.

More in this category: « Government pumps up its own tyres over dud news media code FireEye break-in: Mandia has forgotten that charity begins at home »
Share News tips for the iTWire Journalists? Your tip will be anonymous