FireEye break-in: Mandia has forgotten that charity begins at home 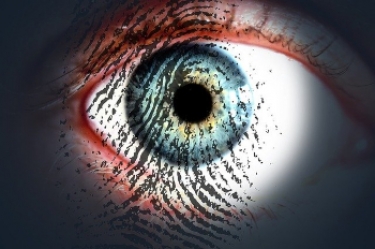 Image by Thanks for your Like • donations welcome from Pixabay

Whenever FireEye, the cyber security firm that just had its crown jewels compromised, publishes a report on some activity by malicious attackers, it always issues a judgment on where they come from – with high confidence most of the time.

Thus, it does seem passing strange that its chief executive Kevin Mandia is unable to name a country that is responsible when his own company has been infiltrated. Seems like the attack has taken some of the wind out of his generally bloated sails. This time, Mandia seems to be operating with low confidence, having apparently forgotten that charity generally begins at home.

The countries that FireEye names, curiously, are always the same ones that the US has on its blacklist du jour. At the moment, there are four countries that are considered "evil": Russia, China, Iran and North Korea. Even with that amount of choice, Kevin is silent. Does he fear another break-in if he opens his mouth?

The US may be a badly fractured society, but on one aspect there is unity: everyone needs to gather around and support a security firm that has been hit. Over the last 24 hours, it's been amusing to see the way security practitioners and technology journalists are circling the wagons around FireEye. Not to mention the intelligence agencies that make up the deep state, the actual entity that runs the US of A.

The only thing they haven't done is canonised Mandia – much in the same way that American mainstream political journalists literally canonised Richard Milhous Nixon before he died. Else, they have done everything else to make him seem like the equivalent of Nelson Mandela, Mother Teresa and the Dalai Lama all rolled into one.

It does make one a little ill to see the way Wired has spread the good oil all over FireEye, calling in the right quotes — from a former Mandiant man, to boot — so that Mandia is not smeared. This is supposed to be a journalist's writing. It looks more like the work of a stenographer or those North Korean newsreaders that I'm sure all Americans laugh at.

In her very first paragraph, Lily Hay Newman has it all wrapped up: "It's a startling admission but almost certainly not as devastating as it may first sound." And for good measure, she's roped in ex-NSA hackers Jake Williams, and that great practitioner of spin, Dave Aitel, who is "impressed" by FireEye's reaction to the heist. Newman hasn't put a single hard question to Mandia or his minions – but if she did that, where would the next security story be planted? On some rival site, I'm guessing.

Another thing that has made me personally sick is the way people are praising FireEye for its "openness". But, pray, what has Mandia really told people about the attack? Has he said what software was compromised? Has he detailed the likely security vulnerabilities that were taken advantage of?

Could Mandia, horror or horrors, be running Microsoft's Windows on an endpoint? Else, why has Microsoft been called into the investigation? Is this great emperor of the security industry going to be exposed as the one with no clothes?

When writing up his mea culpa, I, like many others, made mention of the Shadow Brokers, the person or people who stole exploits from the NSA. But the truth of the matter is that, though countless individuals have blamed Russia for the NSA leak, it looks very much like some home-grown individuals — good ole Americans, in fact from within the NSA itself — have been behind the theft.

Else, by now the NSA would have exposed them. That it has kept quiet gives the game away. But again, the chances of an American journalist speculating about that are close to zero. Or less than that.

Let's be very clear about one thing. When American tech sites write up stories about infiltration and assert confidently that the attackers were from A, B or C, they are always reprinting what some intelligence agency or the other has fed to them via a security firm.

We are always told that "sophisticated state-level actors" were involved, but they were apparently stupid enough to reveal their IP addresses, and that too the IP addresses from where they operate. Never heard of a VPN, it seems. Or a botnet. Seems to be a bit of contradiction, but then American journalists never question, they lap it up and paste it in. National security may be at stake otherwise. And Russians may be hiding in the local Walmart store.

I look forward to the day when Mandia writes a long blog post explaining the entire episode without trying to cover his backside. But I fear that I may die before that happens.

More in this category: « CentOS dumping tells us Red Hat has only dollar signs in its sights After CentOS, the next one to bite the dust will be Fedora »
Share News tips for the iTWire Journalists? Your tip will be anonymous