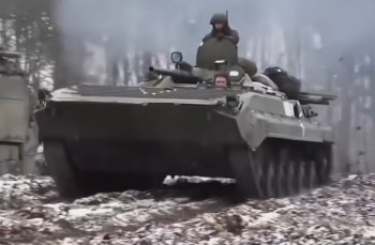 The conflict between Russia and Ukraine is expected to lead to a double-digit contraction of ICT demand in both countries, the technology analyst firm IDC says.

In a statement, the company said, while business operations in Ukraine had shut down, Russia was feeling the early impact of Western sanctions.

Russia invaded Ukraine on 24 February after having massed troops and hardware on the border of the latter nation.

"A new IDC Global CIO Quick Pulse Survey found that more than half the respondents are reassessing their tech spending plans for 2022, with 10% expecting strong adjustments to their ICT investment plans."

IDC pointed out that countries in Western Europe could spend more on ICT due to expanding their allocations for defence and security.

As more than 100 companies have set up subsidiaries in Ukraine, with many more having operations in Russia, IDC said the conflict was likely to lead to relocation of both skilled individuals and infrastructure.

"The conflict has already displaced tens of thousands of developers in Ukraine and led to the relocation of some services in both countries," the analyst firm said.

"These relationships, along with the physical assets and personnel associated with them as well as any future expansion plans, will need to be reevaluated in light of the conflict."

The export of technology components and finished products to Russia would be hit by the sanctions, IDC noted, adding that however the Western companies would not be that badly affected as the Russian market was small.

"Imports of tech materials from Russia and Ukraine will also be affected, particularly in the semiconductor sector where supplies of neon gas, palladium, and C4F6 used in chip manufacturing will be greatly reduced," IDC said.

"The conflict is also expected to further disrupt global supply chains as cargo is rerouted around the two countries and costs increase."

An IDC paper on the subject will be presented in detail at an IDC webinar scheduled for 17 March at 11am US Eastern time (3am AEDT on 18 March).