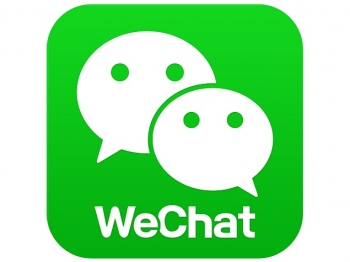 Medibank has launched a WeChat channel in a move which it says is designed to better connect with the growing Australian-Chinese population.

In particular, the channel is used to connect with overseas students and visitors who may need insurance.

Medibank says customers can use WeChat to find their closest store, and to see who in the store can speak either Mandarin or Cantonese.

The Medibank WeChat channel also features health-related content from Medibank’s Live Better program that users can view on the company’s feed and share with their friends – and they can read a number of articles on various topics such as how to cure home sickness, or how to be safe at the beach.

According to Medibank, the channel is gaining popularity with customers and there has been a 60% increase in the number of followers in the first two months of this year.

And Medibank says its employees have been receiving more questions from customers, and not just those looking to take out insurance, with customers using the channel to ask questions like: how to find a member’s choice provider, what can be claimed at hospital and even how to sign parents up for visitors' insurance.

Medibank says it joins a growing number of businesses that are looking to better connect with the growing Chinese population in Australia.

The health fund cites statistics from the Department of Home Affairs, showing that Chinese nationals accounted for the largest portion of approved student visas in the second half of 2017, with 40,925 visas or 24.4%.

China had the largest number of lodged visitor applications with 941,088 lodgements in 2016-2017 as well, and Medibank says KPMG and the University of Sydney are also predicting an increase in Chinese investment in the Australian healthcare sector in particular.

Medibank senior customer consultant Jason Huang says the WeChat channel is a great way to serve and shows respect to Chinese customers, particularly those who are new to Australia.

Huang, who has been working at Medibank since 2015, after moving to Australia from the Hubei province in Central China in 2010, also translates content into Mandarin and Cantonese for articles on WeChat.

“Our new WeChat channel means that we can be better at supporting the Chinese community here in Australia, and particularly those who are new to the country,” he  said.

Since 2015 Huang has worked in both the Glen Waverly and Box Hill Medibank stores in Victoria and says that WeChat is great for many of his customers who have migrated from China and don’t know the language and the health system.

More in this category: « Tech start-ups find little to cheer about in budget LivePerson engages with new conversational platform »
Share News tips for the iTWire Journalists? Your tip will be anonymous