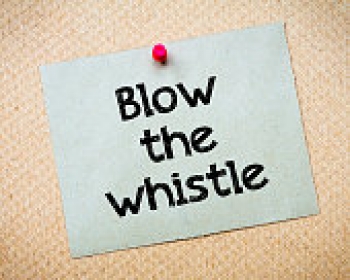 Australia’s competition regulator the ACCC has strengthened its cartel immunity and cooperation policy – and launched a whistleblower tool to facilitate anonymous reporting of cartel activities.

The ACCC says the moves enhance the transparency and clarity of the immunity policy and allow people to report cartel conduct via an anonymous online portal.

The whistleblower tool encrypts the information and removes the person’s IP address so their identity is anonymous to the ACCC.

“We want to provide ways for people to report possible cartel conduct to the ACCC with the confidence that their identity won’t be disclosed, even to us.

“The more information people give us, the more likely it is that we can investigate and act on the report.”

The updated immunity policy will come into effect on 1 October and the ACCC says it has been “informed by experience gathered during key criminal investigations”.

The policy will continue to cover cartel conduct such as price-fixing, market sharing, bid rigging and customer allocation, and will clarify that the policy does not cover anti-competitive concerted practices.

“Cartels increase prices, reduce choice and harm Australian consumers, and it is our priority to ensure that serious cartels continue to be detected and that the individuals responsible are prosecuted,” Sims says.

"The immunity policy offers the first party to report a cartel an avenue to avoid potential jail time and substantial fines.

“The immunity policy is one of our key strategies for detecting and dismantling cartels. We have been able to undertake numerous in-depth cartel investigations as a result of immunity applications under our policy.

The ACCC says that with the revised policy, applicants seeking immunity will now be asked to enter into a cooperation agreement early in the immunity process, clearly setting out the steps required for conditional civil and criminal immunity under the policy.

The policy will also clarify a number of issues related to eligibility for immunity, the level of cooperation required, how information is used and confidentiality.

Sims says the first party to report cartel conduct to the ACCC on its cartel hotline may be eligible for civil and criminal immunity.

The current immunity and cooperation policy for cartel conduct 2014 will continue to apply until 1 October when the new cartel policy takes effect, and from this date immunity will no longer be available in respect of anti-competitive concerted practices, regardless of when the conduct occurred.

Due to legislative changes, while the policy was under review the ACCC adopted an interim arrangement to ensure fair application of the policy.

The ACCC says that under the interim arrangement, the policy has been interpreted to allow applicants to seek and receive immunity from civil action under all of section 45(1), which includes the prohibition on anti-competitive concerted practices.