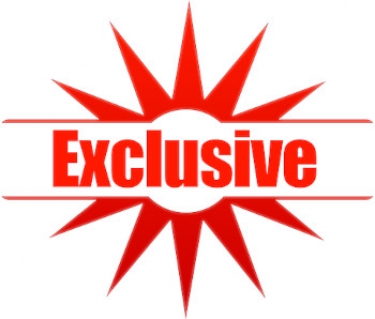 A story about US mercenaries going to work for the UAE Government, without obtaining the necessary American clearances, was claimed as an exclusive in 2019 by two Reuters reporters – even though the yarn had already been told three years earlier by a reporter for The Intercept.

The Intercept's tale, written by Jenna McLaughlin, was published in October 2016, while the Reuters yarn, authored by Joel Schectman and Christopher Bing, ran in January 2019.

The claim of exclusivity by Bing and Schectman was made both in the 2016 story and a story on Wednesday about three mercenaries, who had worked for the UAE Government, making a deal with the US Department of Justice to avoid going to jail. 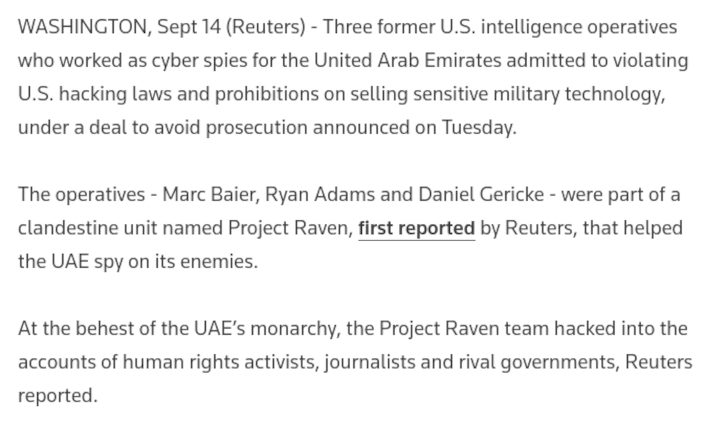 The Reuters claim to have first reported the mercenary tale, made in Wednesday's report.

At no stage, was any mention made of the fact that McLaughlin had laid out a similar story nearly three years before Bing and Schectman even got on the starting blocks.

McLaughlin was low-key about it, just noting in a tweet on Wednesday: "Just gonna drop this from 2016 right here," and providing a link to her story.

She also pointed to a link for a story on the same topic, which she had written for Foreign Policy in 2017.

But veteran security reporter Ryan Naraine was more blunt, tweeting: "Shoutout to @JennaMC_Laugh for pwning this story way back in 2016 and 2017, long before the Reuters exclusive investigation."

Shoutout to @JennaMC_Laugh for pwning this story way back in 2016 and 2017, long before the Reuters exclusive investigation https://t.co/X0rkE7zsvO

And ahead of him, another Twitter user, who has the handle KymPossible, wrote: "I read these articles when @JennaMC_Laugh originally published them & find myself extremely irritated that Reuters now acts like they’re the first to report & don’t mention her earlier work despite some of it being FOR REUTERS. Women’s contributions are erased too damn often."

This is the correct take ? https://t.co/dyIlG01HCp

More in this category: « Software agent used by Microsoft Azure exposes Linux VMs to numerous flaws Australian Cyber Week returns for 2021 »
Share News tips for the iTWire Journalists? Your tip will be anonymous