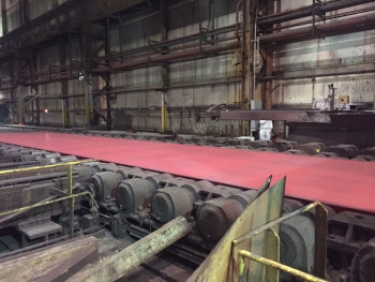 Malicious attackers appear to have used the Windows SunCrypt ransomware to attack the Texas operations of global steel conglomerate JSW Steel, and have leaked a single company document on the dark web, apparently one which was stolen during the attack.

The criminals also claim to have carried out a distributed denial of service attack on the company, a new tactic that has been adopted recently by some gangs to put pressure on victims to yield to a ransom demand.

iTWire contacted the company on Monday, but has not heard back. Another request for comment was sent on Friday morning.

JSW Steel is an Indian-owned group which has a market value of US$12 billion (A$16.9 billion), as of 31 March, according to the website of the group's US operations. It employs more than 40,000 people globally.

The group has operations in India, the US, South America and Africa. It is part of the O.P. Jindal group and says it has a strong presence in key sectors like steel, energy, infrastructure, cement, ventures and sports.

There are two operations in the US, in Ohio and Texas, and it is the latter which appears to have been attacked.

The Indian operations are headquartered in Mumbai.

SunCrypt is a relatively new player in the ransomware space, having started operations in October last year.

Earlier this year, the ransomware was used to attack the Irish company Glen Dimplex Home Appliances.