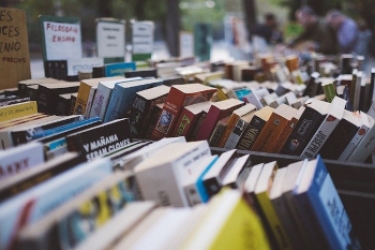 Barnes & Noble, the biggest retail bookseller in the US, appears to have been hit by a cyber attack and been forced to take down parts of its network.

A notification sent to customers said the company had been made aware on 10 October that it had suffered "a cybersecurity attack which resulted in unauthorised and unlawful access to certain Barnes & Noble corporate systems".

"We take the security of out IT systems extremely seriously."

Several customers complained on Twitter that their Nook libraries had gone missing.

In the notification, the company said some personal details of customers could have been exposed, among these email addresses, billing and shipping addresses and telephone numbers.

Just received an email from Barnes and Noble announcing they had a data breach. Thanks for the avalanche of spam I'm bout to get guys. Appreciate it. pic.twitter.com/Yr4Hf0c6BC

However it said payment card and financial data of customers was encrypted and tokenised and not accessible.

Despite its size, Barnes & Noble has no contacts listed on its site, apart from a single general email address.

Has anyone else lost all their books on their Barnes and Noble, NOOK?

When you receive an e-mail from BARNES AND NOBLE that begins with “It is with the greatest regret we inform” and you thought they where going out of business but no it was something else... pic.twitter.com/eKSBcW1q85