US puts restrictions on H-1B visas, some other categories 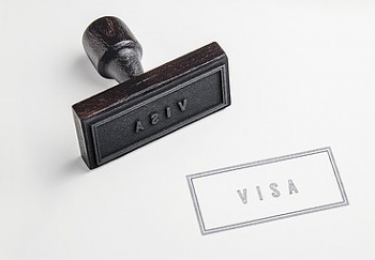 The US has suspended the issue of green cards and new H-1B visas in a move that has been slammed by the IT industry, a sector that depends on H-1B holders to carry out a sizeable amount of work.

The other suspended work visa is the H-4, which is used by the spouses of some people on H-1B visas, the H-2B for low-skilled workers, some J visas for cultural and education workers and the L-1 visa that allows intra-company transfers.

US President Donald Trump issued an executive order on Monday listing these changes. The logic being put forward for the order is that it will ensure Americans can be first to access new job opportunities in the wake of the pandemic that has caused massive job losses. The order is projected to free up to 525,000 jobs.

Like Apple, this nation of immigrants has always found strength in our diversity, and hope in the enduring promise of the American Dream. There is no new prosperity without both. Deeply disappointed by this proclamation.

The order will not prevent existing H-1B visa holders from re-entering the US in the event that they are out of the country.

Apple chief executive Tim Cook criticised the order. In a tweet, he said: "Like Apple, this nation of immigrants has always found strength in our diversity, and hope in the enduring promise of the American Dream. There is no new prosperity without both. Deeply disappointed by this proclamation."

Microsoft president Brad Smith expressed his disappointment as well. In a tweet, he said: "Now is not the time to cut our nation off from the world’s talent or create uncertainty and anxiety. Immigrants play a vital role at our company and support our country’s critical infrastructure. They are contributing to this country at a time when we need them most."

Now is not the time to cut our nation off from the world’s talent or create uncertainty and anxiety. Immigrants play a vital role at our company and support our country’s critical infrastructure. They are contributing to this country at a time when we need them most.

Trump came to office with promises to reform the H-1B visa process and introduce a number of changes that would skew the system to favour Americans and not foreigners as has been the case all these years.

In January last year, the US said it had finally decided on the changes to be made for granting H-1B visas.

Silicon Valley firms have long argued for an increase in the annual quota of H-1B visas, saying otherwise they cannot attract the best foreign talent.

Since Trump was elected, the US has been clamping down on H-1B visas.

Trump, India's friend? His H-1B visa suspension (India accounts for the bulk of such visas) is the latest example of him riding roughshod over India's interests. Other actions range from India's expulsion from GSP to raising India's oil-import bill by barring purchases from Iran.

More in this category: « Infosys, Cognizant to cut thousands of staff Tata outsourcing chief slams Trump order on work visas »
Share News tips for the iTWire Journalists? Your tip will be anonymous