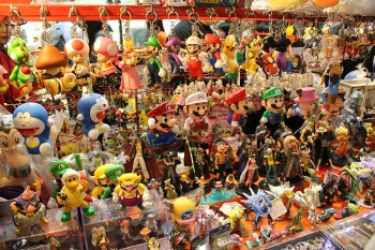 An American executive order on H-1B visas will only hit US firms badly, as it will prevent intra-company transfers by Indians who are working for American banks, automobile companies and pharmaceutical firms, the head of Tata Consultancy Services, India's biggest outsourcing company, has warned.

This would end with these companies having to pay more in hiring costs, TCS chief executive Rajesh Gopinathan told the Bloomberg news service.

While there have been other statements by stakeholders in India's US$181 billion IT industry that criticised US President Donald Trump's June executive order to stop approving visas until the end of the year, Gopinathan's reaction was much stronger than the rest.

The other suspended work visas are the H-4, which is used by the spouses of some people on H-1B visas, the H-2B for low-skilled workers, some J visas for cultural and education workers and the L-1 visa that allows intra-company transfers.

Many Indians who are on H-1B visas are put to work at American firms on one project. By law, they have been able to be moved to another project in the same company. That has now been blocked.

Prior to the new law, if an intra-company block was placed on anyone, then the company that was providing the labour could bring in another person on an H-1B visa. Now that is not possible either.

Trump came to office with promises to reform the H-1B visa process and introduce a number of changes that would skew the system to favour Americans and not foreigners as has been the case all these years.

American industry chieftains have criticised the Trump order, with Apple chief executive Tim Cook saying in a tweet: "Like Apple, this nation of immigrants has always found strength in our diversity, and hope in the enduring promise of the American Dream. There is no new prosperity without both. Deeply disappointed by this proclamation."

Microsoft president Brad Smith also expressed his disappointment, saying: "Now is not the time to cut our nation off from the world’s talent or create uncertainty and anxiety. Immigrants play a vital role at our company and support our country’s critical infrastructure. They are contributing to this country at a time when we need them most."

The logic advanced for Trump's order is that it will ensure Americans can be first to access new job opportunities in the wake of the pandemic that has caused massive job losses. The order is projected to free up to 525,000 jobs.

Gopinathan did not mince his words, saying: “The ignorance around this ruling should be addressed. Playing with the status of people who’ve moved away from families and committed to spending five to six years in a foreign country without immigrant status to deliver value to customers, is a short-term gimmick.

TCS' profits have dipped after the coronavirus pandemic hit the operations of its clients in the US. While the visa restrictions had no effect on TCS' own business, Gopinathan said its workers would be upset. "The attitude towards us in a country where we contribute significantly is unexpected and unfortunate," he added.

"“We invest in skills and make this talent available in a fungible manner for use by customers," Gopinathan said. This helped clients avoid “large fixed costs to have access to this kind of talent", he added.

More in this category: « US puts restrictions on H-1B visas, some other categories Indian outsourcers losing their way as new technologies come to the fore »
BACK TO HOME PAGE
back to top