More resignations at FSF over Stallman returning to board Featured 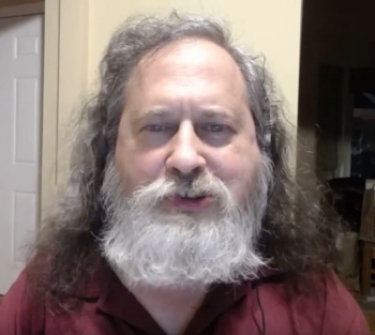 Richard Stallman: his return to the board has led to a firestorm of protest. Courtesy YouTube

The management team of the Free Software Foundation has resigned, following the stepping down of executive director, John Sullivan, on 29 March.

A statement from Sullivan, deputy director John Hsieh, and chief technology officer Ruben Rodriguez on 30 March said: "As members of FSF management, we have decided to resign, with specific end dates to be determined. We believe in the importance of the FSF's mission and feel a new team will be better placed to implement recent changes in governance.

"Free software and copyleft are critical issues of our time, and the FSF is, and should continue to be, the organisation leading this movement. FSF staff have our utmost respect, support, and appreciation, and it has been a privilege to work with you all. Our team's mutual goal is to ensure a smooth transition while supporting the necessary renovation of the foundation's governance."

The resignations come in the wake of FSF founder Richard Stallman announcing on 19 March, during the organisation's annual LibrePlanet conference, that he was rejoining the board. He had stepped down from the FSF in 2019, following remarks he made about the victims of the late Jeffrey Epstein, an American financier and convicted sex offender.

"We no longer feel that this listing serves the best interests of the GCC developer and user community. Therefore, we are removing him from the page."

I support Richard Stallman, and he has for a long time been one of my heroes. His contributions to Free Software, and computing, are unparalleled.

The article below is well written and informative by libreboot main dev, and I suggest reading it.https://t.co/cJtTzF2pL3

A push to oust Stallman from the FSF board began on 24 March, with an open letter, which currently has the support of 61 organisations and 3013 individuals, apart from its 16 main signatories. Fourteen organisations have published their own statements, all calling for Stallman to go.

Supporters of Stallman have put up their own letter calling for him to stay on the board. As of this writing, there are a total of 5193 signatories.

Loads of people seem ready to criticise Richard Stallman without ever having met him. Speaking as someone who has met him several times over the years, I think those people made the better choice

Well-known security practitioner Katie Moussouris, the chief executive and founder of Luta Security, was one of the first to call out Stallman on 30 March.

More in this category: « Echoes of SCO case: Xinuos sues IBM, Red Hat in Virgin Islands Results of Debian vote on Stallman to be known by 17 April »
Share News tips for the iTWire Journalists? Your tip will be anonymous