FSF patrons urged to quit after Stallman returns to board Featured 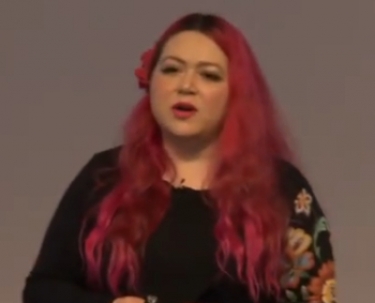 Katie Moussouris: "Corporations who care about women should pull their financial sponsorship of anything related to the FSF." Courtesy: YouTube

Well-known infosec practitioner Katie Moussouris, the chief executive and founder of Luta Security, has called on patrons of the Free Software Foundation to pull out after the organisation allowed its founder, Richard Stallman, to take up a position on the board again, more than two years after he quit over remarks about the victims of the late Jeffrey Epstein, an American financier and convicted sex offender.

"What fresh hell is this?" Moussouris, a pioneer in vulnerability disclosure, tweeted. "Another unrepentant abuser getting away with it after a short blink of a non-career-limiting pause in which no self reflection, personal growth, or remorse was pursued nor expected before his inglorious infamous return."

Stallman announced he was back on the board during the 2021 LibrePlanet conference, an annual event staged by the FSF, which was held on 19 March.

When Eva Fortune, a research engineer at Proofpoint, asked who had allowed Stallman back, Moussouris, who has worked for Microsoft and Symantec in the past, responded that the board of FSF was responsible.

"In doing so, they sent a message to all women that we don’t matter, that an open, unrepentant abuser is fit to lead," she added.

The board of @fsf did this.

In doing so, they sent a message to all women that we don’t matter, that an open, unrepentant abuser is fit to lead.

Corporations who care about women should pull their financial sponsorship of anything related to the Free Software Foundation. pic.twitter.com/AXJ0D0Byyl

"Corporations who care about women should pull their financial sponsorship of anything related to the Free Software Foundation."

She posted the logos of five corporations that are patrons of the FSF: Bad Packets, Bibliotek Systemer, Insurgo, IUT Beziers, Purism and Ton Labs.

Whenever we speak out about the really dangerous but famous people in tech, someone is always there to tell us to shut up, they’re totally getting better, and give them a really nice gig. https://t.co/YlIJLvEmJ1

Another poster in the same thread, Ryan Jamieson, asked what the rationalisation was for bringing Stallman back. "Why bring him back from the dead? It's not like he's the only way forward," he wrote.

Responding to this tweet, a poster with the handle Damian wrote: "Boggles the mind as to why. Even putting aside all the stories about him being a creep, misogynistic, sexist pig... Why would they want him back after decades of him in it?

Update, 24 March, 10.45am AEDT: In a statement, Bad Packets said it had terminated its relationship with the FSF and claimed this had happened prior to publication of this story.

"We are shocked and concerned about the news surrounding Richard Stallman's return to the Free Software Foundation," the security firm said in a tweet.

"His behaviour is completely unacceptable and he has no place in the free software movement. We have ceased our donations to FSF and requested the immediate removal of Bad Packets name and logo from the FSF website."

We are shocked and concerned about the news surrounding Richard Stallman’s return to the Free Software Foundation (@fsf ). His behavior is completely unacceptable and he has no place in the free software movement.
1/2

More in this category: « Mali GPU free driver project leader gets top FSF award FOSS developers launch petition to push out Stallman, FSF board »
Share News tips for the iTWire Journalists? Your tip will be anonymous