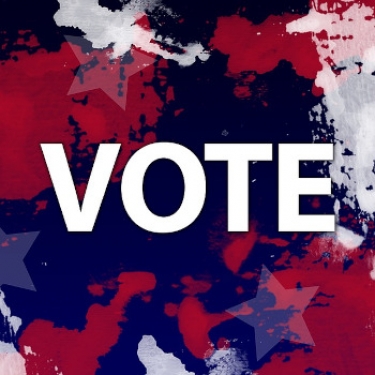 The outcome of a general resolution proposed by the Debian GNU/Linux project, to decide how to react to the return of Free Software Foundation founder Richard Stallman to the board, will be known on 17 April, with voting now underway.

The original proposal for a GR was made by Steve Langasek, who also works for Canonical, the company behind Ubuntu, and calls for co-signing an existing letter which wants Stallman gone and the FSF board sacked. There has been a lot of discussion around the issue.

Seven alternatives have been proposed. The proposals are:

Stallman announced on 19 March, during the organisation's annual LibrePlanet conference, that he was rejoining the board. He had stepped down from the FSF in 2019, following remarks he made about the victims of the late Jeffrey Epstein, an American financier and convicted sex offender.

Asked for his take on the fact that Stallman seemed to have support within Debian, former Debian project leader Sam Hartman said while the former FSF chief had some support within the project, he [Hartman] was not convinced that the backing was significant. Hartman has signed the letter calling on Stallman and the board to quit and has seconded the proposal that backs this option.

"The proposal to sign the letter supporting Richard Stallman was introduced on 26 March and gained its last seconder on 1 April (six days later and after the minimum discussion period had lapsed)," he pointed out. "That proposal took several days to gain the minimum five seconders required to be on the ballot.

"In contrast, the proposal to sign the letter calling for Stallman's resignation got the required [number of] seconders in under an hour.

"If one of the proponents of another proposal on the ballot had called for votes earlier (as our constitution permits after the minimum discussion period), the proposal to sign the letter supporting Stallman would not have even been on the ballot.

"To be considered, this option needs to meet quorum during the voting period. That is, around 50 developers need to consider supporting Stallman acceptable. We'll see after the results are announced whether that happens."

A push to oust Stallman from the FSF board began on 24 March, with an open letter, which currently has the support of 61 organisations and 3013 individuals, apart from its 16 main signatories. Fourteen organisations have published their own statements, all calling for Stallman to go.

Supporters of Stallman have put up their own letter calling for him to stay on the board. As of this writing, there are a total of 5620 signatories.

Hartman said: "We have seen a lot of messages in support of Stallman on our lists. I have not looked at statistics. It seems that there are a small number of people writing a lot of messages encouraging people to support their position.

"It makes sense that those supporting Stallman would spend more time campaigning. Those calling for resignation got what they needed within the hour of the process starting. Their option was on the ballot.

"Soon after, another option was on the ballot that also calls for Stallman's resignation without including some language in the open letter that some voters found objectionable. Many Debian members already signed the letter. The issue is already well known, there's already a strong demonstrated support in Debian developers and contributors who have signed the call for resignation. People are going to make up their own minds.

"By writing a lot of messages, proponents of resignation prolong what is a difficult and emotional process. I do not think I was alone in wanting to focus on refining text of options I supported and letting voters choose for themselves. I think enough of us have experience with Stallman to make up our own minds."

Hartman said it should be borne in mind that many of the messages on debian-vote came from people who were not Debian developers and thus do not get a vote.

"While I'm not sure how much support Stallman has in the project, we do have a healthy debate about how involved Debian should get in this matter. We have been debating whether it is appropriate for Debian as a community to call out another organisation like the Free Software Foundation," he added.

"We've also been debating who should be help accountable. We've reached a ballot that has a spectrum of options and now it is time for the voters to choose."

Well-known security practitioner Katie Moussouris, the chief executive and founder of Luta Security, was one of the first to call out Stallman on 30 March.

More in this category: « More resignations at FSF over Stallman returning to board Two developers in race for Debian project leader post »
Share News tips for the iTWire Journalists? Your tip will be anonymous