If not for John Howard, Telstra would be running the NBN 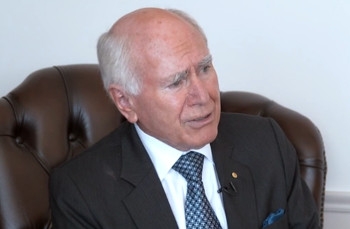 When John Howard came to power in 1996, there was no money in the government kitty to fund the strategy which he planned to follow: inducing people to vote for him thereafter by greasing their hip pockets. So he sold off the first tranche of Telstra. And there ended Australia's dreams of having a decent broadband network.

You see, after Telstra was privatised, no government could tell its bosses what to do. They were free to follow that old mantra of corporations – "we have to look after our shareholders' interests". When Howard looked to Telstra for a broadband plan, the head honchos there drafted one which could bring in the most money. They did not bother about catering to all and sundry.

The one period when Australia had plenty of cash to build a fibre network across the vast dry plains was during Howard's 11 years in power. Yet, instead of splitting Telstra into wholesale and retail arms — as a number of countries, like New Zealand, have done with incumbent telcos — Howard was focused only on winning elections.

In the early years, Howard avoided talk about fast broadband in order not to annoy media moghuls Rupert Murdoch and the late Kerry Packer. Fast Internet could have got in the way of the ambitions of these two men and Howard was the last person who wanted to cross them.

Apart from not bothering about fast broadband, Howard did not bother about any other infrastructure needs either. His treasurer, Peter Costello, paid off the existing government debt and never stopped crowing about it.

But that was about it. Most of the remaining money was used to buy votes over and over again, to keep Howard in power. There was the baby bonus, paid out at a time when Howard was quietly bringing in migrants by the score to keep the housing lobby happy and there was no need for more people to boost the population.

When Labor asked Telstra to make a bid for the national broadband network, the telco was able to do what it had done with Howard: submit a plan that catered mostly to metropolitan areas and which was, thus, turned down.

In the end, the Labor politicians, Kevin Rudd and Stephen Conroy, decided to set up a company. Known as NBN Co, one doesn't have to tell its story; the Australian populace knows it all too well.

Some might say that there is no point in looking back at history. But it is only by remembering the mistakes of the past, that we can avoid repeating them in the future. Alas, today's Coalition Government is not a student of history.

More in this category: « In 2030, the NBN build will still be incomplete Govt should stop misleading people over website blocks »
back to top