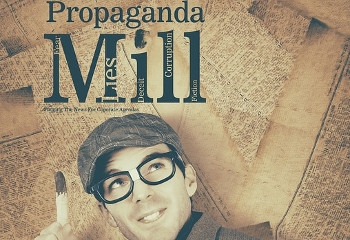 The loud noise that the Federal Government is making over blocking websites that host videos with terrorist content is a futile attempt to show that it is doing "something" to prevent abhorrent material like the video of the Christchurch massacre from being accessible to people in Australia.

But only the uneducated would be deceived by all the talk and bluster.

For that is precisely what it is. Once a file is uploaded to the Internet, no matter where it is done, it is well-nigh impossible to get rid of it. Of course, those without a clue would be blocked by their ISPs.

But there are many people who use virtual private networks. Is the government planning to ban all use of VPNs?

And there are lists and lists and lists of open proxies, using which people can look at material that is blocked in their own country. That is a well-known fact, going back to the early days of the network.

Add to that browsers like Opera which have built-in proxies that enable one to circumvent website blocks. Is the Australian Government planning to block the use of Opera in the country?

It is somewhat disappointing to note that a person who has been given the title of e-safety commissioner is indulging in this kind of dramatics. One would expect words which are a little more sober to emerge from someone given this title.

But then this is the same individual who wrote an op-ed in The Australian last month, in which the use of end-to-end encryption was claimed to be facilitating the spread of child pornography.

This shows ignorance of a very high order, but then anyone who has followed the process that led to the passage of the encryption law last year would be familiar with this kind of scare-mongering.

Whenever Home Affairs Minister Peter Dutton talks about the encryption bill, he mentions terrorists and paedophiles. He never mentions the fact that he is able to pay his bills online without fear of losing his money because of encryption.

But if Dutton spoke the truth about encryption, then he would earn the ire of the spooks in this country, the ones who are driving the agenda with a little help from their American masters.

A few months ago, when I contacted Akamai, probably the biggest content delivery network, the company's take on blocking offensive content like child pornography stored by its own customers was that it would block such content if it deemed it to be in violation of its acceptable use policy.

And Cloudflare, a well-known reverse proxy and DDoS protection provider, said it would not stop providing services to a client even if it had clear indications that the site in question was hosting child pornography. The company said it had a process it would follow and it would not act out of step.

Australian Communications and Cyber Safety Minister Paul Fletcher would do well to note this before he comes out in public next time and starts making pronouncements about blocking this, that or the other.

More in this category: « If not for John Howard, Telstra would be running the NBN When will Michael Hayden explain why the NSA did not predict 9/11? »
Share News tips for the iTWire Journalists? Your tip will be anonymous