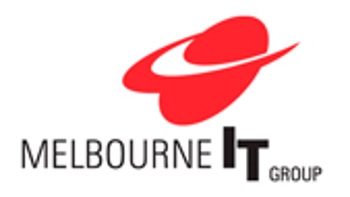 The owner of a business that pioneered the world's first low-cost touchscreen tape duplication plant says domain registrar Melbourne IT has been responsible for his domain not being renewed on time.

As a result, says Roshan K. Thomas of Chennai, India, his products are now no longer visible on the web and he will have to arrange for a domain name similar to that which expired — orangepale.com — before he can go online again.

But Melbourne IT denies it is in any way responsible, with the company's chief customer officer Brett Fenton telling iTWire: "We dispute the customer’s claim that he was not given prior notice of expiry of his domain name or that we failed to contact him through the attempted renewal process."

Thomas, whose company also manufactures speaker systems that utilise a technology called ACE (Audio & Control over Ethernet) that solves the problem of reverberation in big auditoriums, said he had first registered orangepale.com in 2007, through Yahoo! which was acting as a reseller for Melbourne IT.

"The first renewal, in 2009, took place as it should," he said. "But in 2011, it was a different story. We only received a notice about renewal on December 19, even though the expiry date was December 5. The email sent to us said that it would be deactivated on December 22."

The email said: "As a result of this pending deactivation, your domain is no longer managed by our reseller Yahoo Inc., and is directly managed by us."

Thomas (seen in his office in Chennai below) said he had then renewed the domain for a year. After that when it fell due for renewal in 2012, he renewed it for two years, until almost the end of 2014. And he was planning to keep renewing it, but having received no information about the date of renewal, he forgot about it and then had the domain swept out from under his feet. 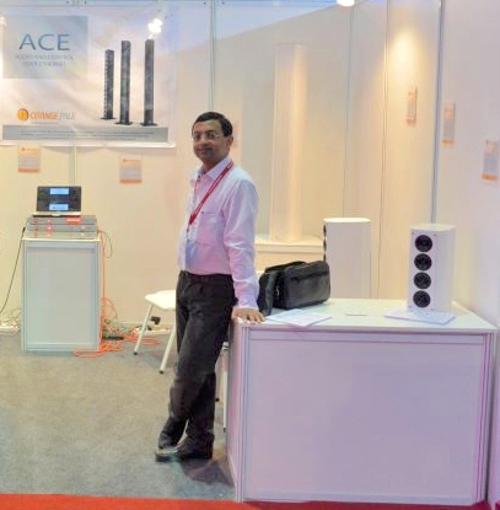 Melbourne IT's Fenton said orangepale.com was part of Melbourne IT's auto-renewal program. "This means that we send a number of notices before we try and renew the domain in a simple hassle-free process on behalf of the client," he said. "Most of our clients value this program as it's one less thing they have to worry about in managing their online presence."

He said company records indicated that two notices had been sent to the customer in October 2014 advising that the domain name was about to expire and stating that renewal of the domain would be attempted on their behalf.

Thomas cast doubts on this, questioning how he had received emails from the company in 2011 and not in 2014. "I presume that there is only one Melbourne IT in Australia?" he asked.

Fenton added: "In November we attempted to renew the domain, however the credit card transaction was declined. We notified the customer of this via email within 72 hours, and outlined the next steps they needed to take to renew their domain name. At this stage there was still approximately one month before the domain expired.

"In situations like this, the most common issue is that the customers’ credit card details on file are out of date; for example, the card may have expired. We invite customers to update the details and our process then tries to complete auto-renewal a week before expiry. We tried to process payment and renew the domain three times in late November, however these were all declined and the domain wasn't renewed."

Fenton said the company had then sent a final notice when the domain expired in early December, "to let them know the domain had expired and advising that they should act quickly if he still wished to renew his domain name. At this time the global .com registry removes the domain from global DNS meaning that all services on the domain such as emails and website would stop working."

He said at this time the domain was in the normal deletion cycle as mandated by ICANN, the global domain authority.

"A customer has 45 days to renew the domain in the standard way from the date that the domain expires. After this initial period passes, if the domain hasn't been renewed the domain enters the 'redemption grace period' (RGP). The RGP lasts for 30 days during which the customer can renew the domain, however it is a manual process for the Registrar, and there is an additional fee that is paid to the Registry during renewal."

In order to obtain the domain now, Thomas will have to pay a fee of $155, which Fenton said went mostly to VeriSign. He said the fee was $US100 and the balance was administration costs. Asked whether the original owner would have any preference when it came to re-selling the domain, he said it was a case of first come, first served.

Thomas said he did not want to have anything more to do with Melbourne IT. "They seem to be the most expensive domain registrar around and the service they offer is not commensurate with that," he said. "Additionally, they often seem to be in the news for reasons that should not be talked about with regard to a domain registrar."

He was referring to incidents in 2005 and 2013. Ten years ago, the domain name of Panix, the oldest commercial ISP in New York, was hijacked from Melbourne IT which was hosting it. And more recently, the Melbourne IT website came under attack from a group calling itself the Syrian Electronic Army; as that time, iTWire's senior associate editor Graeme Philipson reported that some security analysts had criticised the company for not having more secure systems, with no system in place to automatically lock access to its DNS registry, relying instead on its customers to implement such a system.

BACK TO HOME PAGE
Published in Web Hosting
Tagged under