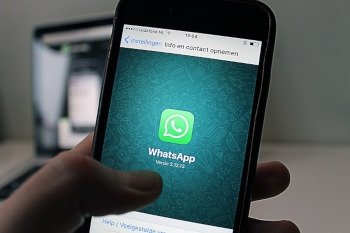 A think-tank based in New Delhi has filed a petition in India's Supreme Court accusing WhatsApp of breaching certain local rules, even as the Facebook-owned company is under pressure over a spate of deaths caused by rumours being spread through the platform.

Reuters reported that the Centre For Accountability And Systemic Change had claimed in a petition that WhatsApp did not meet the requirement of the country's Information Technology Act of 2000 that stipulates “the appointment of [a] grievance officer by all intermediaries".

“It is also required to have a grievance officer for users in India. Yet, it is being allowed to continue with its Payments and other services, without any checks,” the petition said.

The grievance officer is meant to handle queries, concerns or issues that users have which cannot be handled by other authorities.

WhatsApp has been under pressure in India over the deaths that have been caused by rumours spreading on the platform.

In response, the company has said most recently that it will create tools to fight "sinister" messages and help the authorities to stop the flood of hate that has been spread through its messages.

Last month, there were reports that Facebook would roll out software changes to make it harder for WhatsApp users to forward messages after rumours led to a spate of deaths in the country.

Authorities had pressed the company for action after several deaths in India, the biggest market for WhatsApp with more than 200 million users.

There have also been reports that telecommunications operators in India had been asked to devise methods of blocking Facebook and WhatsApp in the event that these applications were misused.

In a response to the latest problem, WhatsApp said it had both an Indian corporate presence and and a grievance officer for Indian complaints. But this officer is based in California and does not exclusively handle complaints from Indians.

The Centre For Accountability And Systemic Change also said WhatsApp needed to have servers in the country in order to run its payments service, the launch of which has been delayed.

One source told Reuters that the national authorities wanted WhatsApp to have a local set-up to handle Indian operations before clearance was given for the payments service to start operations.

More in this category: « WhatsApp to create tools to fight 'sinister' messages in India Jabra Evolve range now certified for Microsoft Teams, free firmware for all »
Share News tips for the iTWire Journalists? Your tip will be anonymous