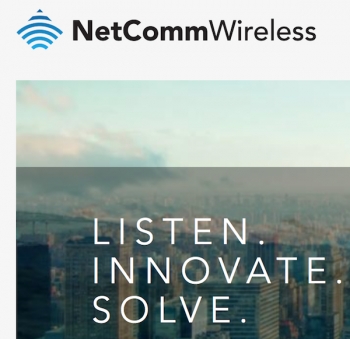 Corning believes Netcomm's NDD-4100 distribution point unit, used in the NBN fibre-to-the-curb rollout, "infringes" on one of its newly obtained patents, but Netcomm Wireless believes the case is "lacking merit".

Netcomm Wireless has a distribution point unit called the NDD-4100, and it is used in the NBN FttC rollout.

Now comes the news that the company "has been served with a statement of claim filed in the Federal Court of Australia".

The applicant in question is Corning Optical Communications.

We're told that Corning claims NetComm’s NDD-4100 DPU "infringes an Australian Innovation Patent recently obtained by Corning. NetComm Wireless contends that the patent is invalid for numerous reasons and that, in any event, the NDD-4100 does not infringe the patent".

The company advises "Corning is seeking injunctions and damages which would only arise if and when there is a hearing and if the Court first determines that the patent is valid and has been infringed."

NetComm Wireless reports having "discussed the matter with NBN Co who has today confirmed that NetComm Wireless’s contract remains in place and that the Company is the preferred supplier of VDSL DPU’s to NBN Co".

NetComm Wireless "therefore does not expect the claim to impact upon the delivery to nbn of DPU’s or upon opportunities being discussed with other overseas telecommunications companies which are outside the scope of Corning’s Australian claim".

The company concludes, stating that "while the level of potential damages are not regarded as material by NetComm Wireless, this disclosure has been made to ensure the market is fully informed", and that it will "keep the market informed of any significant developments".

More in this category: « Report: 50% of TV viewing to be mobile by 2020 Ericsson and VodafoneZiggo set to get going for 5G readiness »
Share News tips for the iTWire Journalists? Your tip will be anonymous