Google may be hit with second anti-trust suit next month: report Featured 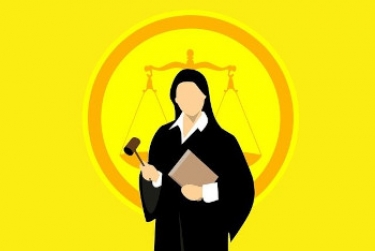 Search behemoth Google may have another challenge on its hands next month, with a group of US states, both Republican and Democrat-run, planning a second anti-trust suit against the company.

The British news agency Reuters reported that this case was likely to be filed before a third case that is planned by other states led by Texas.

The suit was said to be aimed at stopping the company, which dominates the search sector, "from unlawfully maintaining monopolies through anti-competitive and exclusionary practices in the search and search advertising markets and to remedy the competitive harms".

Another move against Google that is in the works, the passing into law of an Australian news media code, is expected to be finalised next month before Parliament rises for the year on 10 December.

The new suit which is expected next month brings together Colorado, Iowa, Nebraska, New York, North Carolina, Tennessee, and Utah and these states say they plan to join their case with that of the DoJ.

This suit is expected around mid-December, Reuters said, quoting people who were said to be briefed on the matter. iTWire has contacted Google for comment.

Texas was in the lead when attorneys-general from 50 states said they would investigate Google in September last year. Now, Texas is said to be leading a group that is concentrating on Google's online advertising while the group mentioned at the start of this report has a broader focus.

However, political issues in Texas may delay its acting in December, with recent media reports indicating that the FBI is probing accusations against the state's Attorney-General Ken Paxton of abusing his office to aid a political donor.

The DoJ complaint against Google alleges that the company has illegally maintained monopolies in search and search advertising by:

But, as iTWire reported, the case is unlikely to make much headway judging by the kind of people whom US president-elect Joe Biden is taking onboard as part of his transition team and also in technology roles.

A statement issued by Kent Walker, the search company's senior vice-president of Global Affairs, in response to the DoJ action, said: "People use Google because they choose to, not because they're forced to, or because they can't find alternatives.

"This lawsuit would do nothing to help consumers. To the contrary, it would artificially prop up lower-quality search alternatives, raise phone prices, and make it harder for people to get the search services they want to use."

More in this category: « E-commerce businesses sign up to new product safety pledge: ACCC Google's Vint Cerf takes up cudgels for company over news media code »
Share News tips for the iTWire Journalists? Your tip will be anonymous