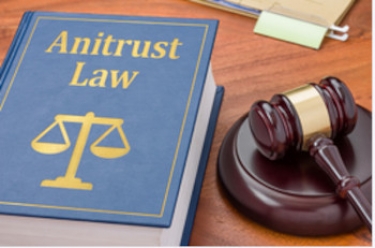 The anti-trust suit filed by the US against Google in October is unlikely to make any progress, judging by the kind of people whom US president-elect Joe Biden is taking onboard as part of his transition team and also in technology roles.

Eric Schmidt, a former Google chief executive, is being considered to lead a new technology industry task force in the White House. Schmidt, it may be recalled, acted as some kind of tech adviser to failed Democrat presidential candidate Hillary Clinton.

Biden has already given berths on his transition team to Jessica Hertz, a former general counsel at Facebook, and Cynthia Hogan, former Apple vice-president for government affairs.

What makes it even more unlikely that anything will happen to rein in Google is the fact that US district judge Amit Mehta has been chosen to hear the case. Mehta was named to the court by Barack Obama under whom Biden served two terms as vice-president.

The last time the US Department of Justice considered going down the anti-trust path against Google, the company used its influence with the Obama administration to ensure that nothing happened.

For years now, there have been reports that an anti-trust suit was on the horizon, but nothing has eventuated. In May 2018, US Treasury Secretary Steve Mnuchin acknowledged that the DoJ needed to take a close look at technology companies like Google that may be monopolies.

A Washington Post report in March 2017 said Google's close ties to the White House had prevented a proposed 2012 probe into the company's alleged unfair competition from going ahead.

The current complaint against Google alleges the company has illegally maintained monopolies in search and search advertising by:

At the time the suit was filed, Google described the DoJ's action as deeply flawed and claimed it would do nothing to help consumers.

A statement issued by Kent Walker, the search company's senior vice-president of Global Affairs, said: "People use Google because they choose to, not because they're forced to, or because they can't find alternatives.

"This lawsuit would do nothing to help consumers. To the contrary, it would artificially prop up lower-quality search alternatives, raise phone prices, and make it harder for people to get the search services they want to use."

The current US administration has only another 64 days in office before the Biden team is sworn in. Given that, this effort to rein in the company may end as others have – in failure.

More in this category: « South Australia's electric car tax shows Australia is stuck in the past Robodebt: Stuart Robert does not even have the decency to blush »
Share News tips for the iTWire Journalists? Your tip will be anonymous