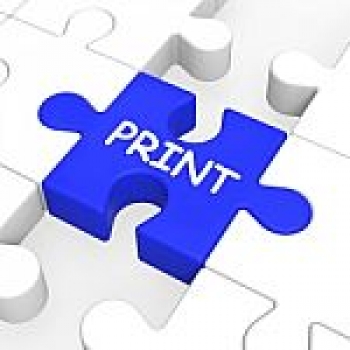 Australian shipments of hardcopy peripherals fell 8.8% year-on-year in the first quarter of 2018 to 446,000 units, according to the latest report on the market from global analyst firm IDC.

The company says the laser printing industry continues the downward trend, primarily driven by the sales volume loss of low price-band models – with the combined shipment of copier-based and printer-based laser declining by 8.8% YoY.

And fax-based laser fell sharply (-72.1% YOY) and its share is now less than 0.3% in the laser market, evaporating by two-thirds in a year.

For inkjet printers, Canon dropped more than one-fifth of its shipments since 2017 Q1, as their focus shifted to higher value models, while Brother and HP filled the gap left by Canon, increasing their inkjet market share by 1.2% and 2.8% respectively.

And for laser peripherals, Fuji Xerox experienced a decline of 30%, with IDC noting they are still trying to recover from top-level executive and board resignations after the accounting scandal.

HP, Ricoh and Kyocera Document Solutions were consistent with the shrinking market, while IDC says that Brother, in contrast, took share from competitors and posted positive YoY growth of 6.5%, strengthening its position in the laser market.

In another key finding, IDC says that in Australia, top 5 HCP brands dominated more than 94% of the entire market, with shipment units of these models with relatively low speed or low price significantly decreasing over the past two quarters.

According to IDC, an abnormal phenomenon was noticed in the past quarter, showing that laser multi-function peripherals declined more and recovered slower than single function – and by the end of March, SFPs had occupied 46.6% in the laser market which was a 1.6% YoY growth.

Published in Print Solutions
Tagged under

More in this category: « Epson PaperLab wins Gold TAFE students in fashion with Epson fabric printers »
back to top