News media code: in the end, Google gets exactly what it wanted 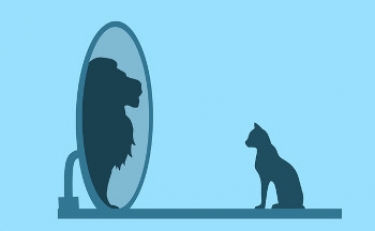 Google has very cleverly got its way as far as the news media code is concerned, leading Australian politicians on and ensnaring them in a very neat trap. And the company has ensured that nobody will lose face as a result of all the threats.

Overnight reports that Prime Minister Scott Morrison had a "cordial" chat with Alphabet (and Google) chief Sundar Pichai indicate that the company will drop its threat to quit Australia (It's happened, much faster than I thought it would.).

And, in return, it will ask for, and receive, a couple more concessions in the final news media code that is legislated. Which is what it wanted all along. I think one of those concessions will be that it is allowed to operate its News Showcase product and allow news publishers to pick one of the two options — the code or the showcase — to receive payment.

The outcome will give Morrison the chance to boast endlessly about how he stared down one of the world's top four technology companies. Which, again, is an outcome that Scotty from Marketing would love, especially with an election rumoured to be around the corner.

It has baffled me no end as to why the multitude that has written about this topic has failed to take note of the three major concessions that Google and Facebook extracted from the government before the legislation was tabled in Parliament. That was the start of their gambit to get what they wanted.

That second concession is a really big one; it means that Google and Facebook can place any arbitrary value on the "service" they provide to a news organisation. Who will be able to complain if they agree to pay X publisher $5 million and calculate the value of their "service" as $4.8 million?

Google waited until the legislation was presented in Parliament and then indulged in a hissy fit: the code is not workable, it will kill us, we are packing our bags and going. When $4-billion-plus is being pulled in every year, and little, if any, tax paid, which company would pack up and go?

So out came Morrison and his deputy, Josh Frydenberg, with brave words. And, lo and behold, to all appearances, they have even managed to cow Pichai, one of the trickiest customers in the world when it comes to the businesses he manages.

It's just one of those many clever feints that the two online giants have pulled en route to becoming what they are: companies that are ruthlessly dedicated to making money, come hell or high water.

There have been other risible aspects of this affair that have also gone unnoticed. One, is the notion that Microsoft could ever replace Google. Leave alone the fact that Microsoft's Bing commands less than 4% of the market, compared to Google's 90+%. Microsoft's technology is terrible and, what's more, some of its recent acts acknowledge that too.

For one, it has based its new Edge browser on Google's Chromium engine. Then it has dropped its Windows operating systems from phones and adopted Android, Google's mobile OS, for its smartphones.

Google is often referred to as a search company. That is incorrect; it is an advertising company which uses all its other assets (search, YouTube, Maps etc) to collect data so that ads placed through its services can target likely buyers with pinpoint accuracy.

Of course, given that Australia is Microsoft land, the beast of Redmond was very supportive of Morrison. But then who wouldn't support a country where it is specified that even the documents for registering a new political party have to be in a Microsoft-compatible format? At every turn, you can find Microsoft siphoning away money from Australia; the way it got its Azure cloud service certified as being capable of storing top-secret government data is one good example.

Finally, this "analysis" had me in stitches. Published by The Register, one thing that was laughable was this: "Microsoft is playing a very dangerous game in Australia because the stakes are far higher than the AU$4.8 billion (US$3.65bn) Google Australia reported as annual revenue for 2019.

"Your humble vulture (meaning the writer, Simon Sharwood) offers that analysis because serious Internet heavyweights — like Sir Tim Berners Lee himself — are among those who have criticised Australia’s approach on grounds that paying for links is such a significant break with Internet conventions that it will create unwelcome change and reduce the net’s utility for all."

Anyone who works in technology would be aware that the idealistic notion of the Web as visualised by Sir Tim has long disappeared. It is now infested by commercial entities who are trying to make a buck in any way possible. Given that, such a statement is plain silly.

The Register goes on: "If Microsoft signs up to Australia’s plan, it will have toppled the first domino. That’s rather at odds with the spirit in which Satya Nadella has led Microsoft. And all for a lousy three billion greenbacks."

The spirit in which Nadella has led Microsoft has been the spirit of making money at all costs, to lead the company out of the mire in which its former chief, Steve Ballmer, had embedded it. Nadella is a hard-headed realist and under his guidance Microsoft cosied up to Donald Trump sufficiently to get an exemption from the US strictures on Huawei so that it could continue to sell Windows to the Chinese firm for use on its laptops Google tried to get a similar exception for its proprietary Android apps, but failed.

Nadella also did whatever was needed for Microsoft to snare a US$10 billion (A$13 billion) cloud deal with the Pentagon, beating out Amazon, in a tussle where the specs for the contract seemed to have been written with only Amazon in mind.

Finally, the soft-spoken Microsoft chief also did not shy away from supplying AI technology to the US Immigration and Customs Enforcement which was separating migrant children from their parents at the Mexico-US border. Employee protests were ignored; at best, the top brass in Redmond paid lip service to their objections.

Is that the spirit The Register was referring to? It was probably more like this.

The one man who has worked out the Google method of winning is Ken Glueck, a senior official at Oracle Corporation. What he has to say on the topic is educational. That's all one needs to know.

More in this category: « Google contradicts its own claims by trying to cut deals on the sly 'Some people are saying': Google adopts Fox News-style tactics »
Share News tips for the iTWire Journalists? Your tip will be anonymous