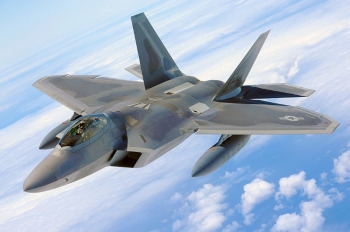 Microsoft has justified its bidding for a massive Department of Defence cloud contract, despite a number of its employees objecting to the company's participating in the effort to win the contract which is said to be worth US$10 billion over a decade.

In a blog post on Friday, Microsoft president Brad Smith said while the company was aware that technology was creating new ethical and policy issues, "we want the people of this country, and especially the people who serve this country, to know that we at Microsoft have their backs. They will have access to the best technology that we create".

In mid-October, some Microsoft employees sent a letter to management, urging the company not to bid for the contract and saying they had joined the software giant in the expectation that technologies they built would not cause harm or human suffering.

Their letter was sent a few days after Google announced it would pull out of the bidding because it was something that did not sit well with the company.

As iTWire has reported, the DoD Joint Enterprise Defence Infrastructure contract, known by its acronym JEDI, is meant to unite all Defence services under one cloud vendor, as the CIA did in 2013 with Amazon at a cost of US$600 million. Amazon is favoured to win the contract, with the others in the field being Oracle, IBM and Microsoft.

Smith said Microsoft was founded in the US and had benefitted greatly from what the country offered. " We also recognise that we have a global mission, global customers and a global responsibility. We’ll need to work through these issues in other countries, and we’ll work to do so in an appropriate and thoughtful manner.

"But when it comes to the US military, as a company, Microsoft will be engaged."

He said the debate over the role the tech sector should play in the military had missed two fundamental points.

"First, we believe that the people who defend our country need and deserve our support. And second, to withdraw from this market is to reduce our opportunity to engage in the public debate about how new technologies can best be used in a responsible way," Smith said.

"We are not going to withdraw from the future. In the most positive way possible, we are going to work to help shape it."

In June, Microsoft employees protested against the company's deal with the Immigration and Customs Enforcement in the wake of the agency's separation of migrant children from their parents at the Mexico-US border.

More in this category: « AIIA says encryption bill may drive tech vendors out of Australia UK to impose digital services tax on tech giants from 2020 »
Share News tips for the iTWire Journalists? Your tip will be anonymous