Google wins by kicking the can down the road: Oracle official Featured 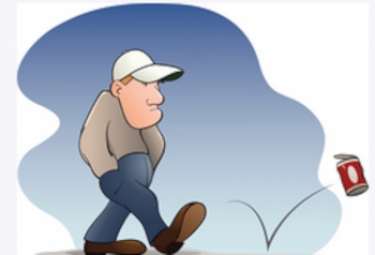 A senior official at Oracle Corporation, which has been involved in a court case with Google over the last decade, has described the search giant as a company that "has mastered the art of winning by kicking the can down the road".

"Google’s self-serving approach to intellectual property is undeniably arrogant, but is it delusional? Not so far," Ken Glueck, executive vice-president of Oracle, said in a blog post a day before the most recent hearing in the case.

During that hearing, the US Supreme Court raised the possibility that the case could be sent back to a federal appeals court in order that Google's claim that its use of Java APIs in Android was covered by fair use.

Glueck said Google's method was to "deny every claim, appeal any adverse decision, [and] run out the clock on every opponent – including government regulators".

"Even nominal 'losses' for Google are really wins: it can appeal fines and courtroom setbacks for years while its market power continues to grow and competitors disappear. And even if it has to pay something in the end, it will be a drop in Google’s very large bucket. It’s 'efficient infringement' at global scale."

Glueck said around 2005, Google had no product to compete in the mobile space. This happened "just as an increasing share of Internet search began to shift from traditional PCs to mobile devices".

"Facing an existential business threat — 'we’ll be out of business in 10 years', as Google’s internal assessment put it — Google needed its own mobile platform immediately.. But Google was way behind companies like Blackberry, Apple, Nokia, and Microsoft."

"Google had to convince these companies to adopt Android. Pitching a new mobile platform based on new, untested technology was not going to fly. Pitching a Java-based system would be a much easier sell, as Java was already widely used and trusted throughout the wireless industry. Third, building Android on Java enabled Google to tap into the community of millions of Java application developers to quickly build the vast mobile app ecosystem needed to compete with Apple and others."

Glueck said Google was aware that it needed a Java licence from Sun. "Indeed, Google’s chief executive at the time, Eric Schmidt, was a top engineering executive at Sun when Sun built Java in the mid-1990s. He knew both Java’s value and Sun’s licensing requirements.

"So did Google’s head of Android development, Andy Rubin. He had licensed Java from Sun to build an early smartphone, the T-Mobile Sidekick, at his prior company. Rubin personally attempted to negotiate a Java licence for Android."

The talks failed because Google was unwilling to agree to Java platform compatibility requirements, Glueck said. "Google wanted to fork Java, breaking its fundamental 'write once, run anywhere' principle. Sun would not allow this. Unable to get the licence it needed, did Google change course, find alternative technical solutions, or build its own technology from scratch? No, none of the above."

He said the unauthorised use of Java APIs by Google was the result of a deliberate decision by those who were high up in the organisation. "Google’s misappropriation of Sun’s Java technology was not an accident. It was not the result of innocent missteps by witless or overzealous low-level folks. Rubin, Schmidt, and company founders Larry Page and Sergey Brin considered the options and made the call.

"After negotiations with Sun broke down, Rubin informed Page and defined the choices: 'we have two options: abandon our work and adopt MSFT CLR VM and C# language or do Java anyway and defend our decision, perhaps making enemies along the way. They chose option 2."

Glueck said when Rubin demonstrated Android at a pre-launch trade show, he instructed his team to hide the ball: “don’t demonstrate to any Sun employees or lawyers.”

Both Page and Brin recognised that Sun/Oracle might pursue legal action, Glueck claimed. "Page and Brin asked for an internal assessment: 'What we’ve actually been asked to do (by Larry and Sergei) is to investigate what technical alternatives exist to Java for Android and Chrome. We’ve been over a bunch of these, and think they all suck. We conclude that we need to negotiate a licence for Java under the terms we need'.

"Of course Google never got the licence. Instead, Google fought tooth and nail to keep this damning document secret under the guise of 'attorney-client privilege'. Three different courts rejected that bogus claim," Glueck said.

He said the Supreme Court decision on the case would be known next year. "Win or lose, Google will no doubt keep right on kicking the can down the road. It’s worked so far."

More in this category: « France orders Google to open talks with news publishers over pay Google ANZ chief repeats it will not launch news product in Australia »
Share News tips for the iTWire Journalists? Your tip will be anonymous