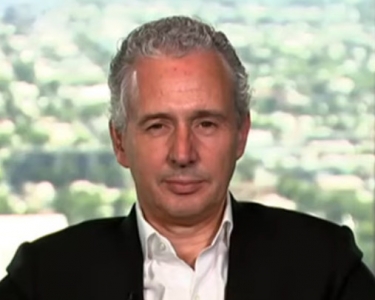 In the midst of any national crisis, it is common to find people who want to make themselves heard somehow, even if they can only do so by making the most stupid statements possible. That is clearly the case with the utterance issued by Telstra chief executive Andrew Penn who has called on Australians to be more mindful of how they use the Internet.

Let this sink in: Penn's words of wisdom were uttered more than a week after a goodly portion of the country's workers were asked to go home and work from there. Exactly how they would work without using the Internet is unknown to me; perhaps Penn has an answer to that.

This garbage was dressed up as an exclusive and printed in The Australian. And the man behind it was no less a person than the publication's technology editor, David Swan.

Penn's logic (??) was that just as people were asked to moderate their behaviour in supermarkets and not indulge in panic buying, Internet users should lessen their impact on the network.

There have been any number of self-serving statements made ever since the coronavirus started spreading across the globe. One certainly does not expect the chief executive of Australia's biggest telecommunications company to contribute to the kind of nonsense that has been in evidence.

Yesterday, we had a government minister, Stuart Robert, claiming that a distributed denial of service had taken down the my.gov portal, something which was clearly a lie and something which he had no idea about.

And we have had umpteen statements from the US of A, which can only be classified as stupid, emanating from someone who is still called the leader of the free world.

Penn's statement is silly, because what he is advocating is simply not possible. His analogy that people could do something akin to what streaming companies like Netflix have been asked to do — and have done, by cutting down on the quality of streams — is all wonky.

How does an individual user do that? Perhaps Penn could ask some of his subordinates at Telstra to create a website with instructions.

Meanwhile, as people struggle to operate at anything like their normal productivity levels, the use of the Internet will only increase. Telstra would be better off trying to make its services more robust. This is what the Internet is for, but in Australia it has never been treated as a utility, in the same way as water, gas and electricity.

It is high time that the leaders of tech companies realised that, and adjusted their systems accordingly, rather than make silly statements. Of course, nobody will call Penn out on this. Therein lies the reason why people in charge continue down the same path as him.

More in this category: « Stuart Robert was right. Centrelink was denying service to Australians This is no time to talk of upgrading the NBN to fibre »
Share News tips for the iTWire Journalists? Your tip will be anonymous