Smoke on the water, a fire in the sky: iPhone XR catches fire on plane Featured 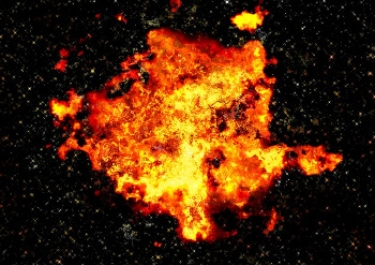 An Apple iPhone XR caught fire during a flight in October last year after it was shoved down the side of a passenger seat, according to a report from Britain's Air Accidents Investigation Branch made public on Tuesday.

The aircraft, a Boeing 787-9, had 53 passengers and 10 crew on-board, the report said, adding that there had been no damage to the plane itself.

In summing up the incident, the AAIB said: "A passenger’s mobile phone became trapped in the seat mechanism and was crushed when the seat was adjusted. This damaged the battery, generating flames, smoke and fumes. The cabin crew were able to extinguish the fire using their existing procedures."

It said the aircraft was coming to the top of its descent, when cabin crew noticed smoke coming from a passenger seat.

The plane was flying from Miami to London and about 40 minutes landing an announcement by the crew woke one of the passengers. 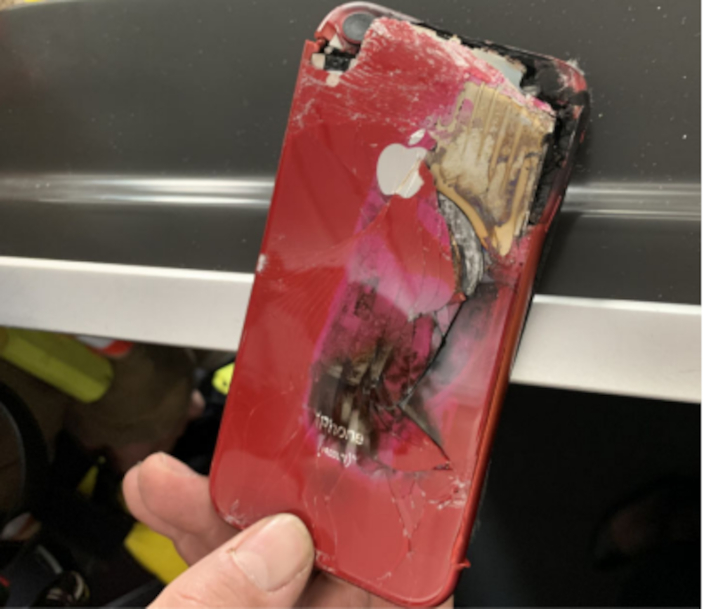 The iPhone XR that combusted on a plane last October. Courtesy AAIB

"The passenger moved her seat from the flat-bed position to a more upright position then left her seat to use the washroom," the report said. "One of the cabin crew asked the passenger if she could stow the bedding whilst the passenger was away from her seat.

"As she removed the bedding, she smelt a strong odour and noticed a charging cable which was plugged into the seat socket with the other end down the side of the seat. The smell which she described as 'sulphur', was getting stronger so she attracted the attention of the senior cabin crew member.

"At this point they heard a 'hissing' sound and a large plume of grey smoke emitted from the seat in a 'tornado' motion. They remembered seeing an orange glow in the seat area amongst the smoke."

The report went into what could be classified as excruciating detail about the incident and is here for those who like to mull over these things.

There have been numerous incidents of mobile devices combusting, with the most well-known being the case of the Samsung Galaxy Note7 in 2016. The issue left its parent company, Samsung Electronics, with plenty of egg on its face.

Thanks to the Register for a link to the report.

More in this category: « vivo takes lead in China smartphone market for the first time Foldable smartphone sales seen reaching 18m by end of 2022 »
Share News tips for the iTWire Journalists? Your tip will be anonymous