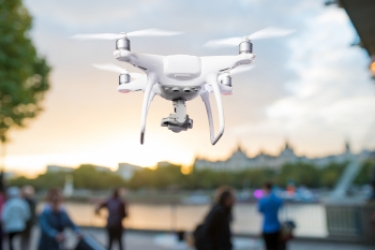 The University of South Australia has partnered with Canadian company to develop a "pandemic drone" that can remotely monitor and detect people with infectious respiratory conditions.

In a statement, UniSA said the drone would have a special sensor and computer vision system that could monitor temperature, heart and respiratory rates.

It would also be able to detect sneezing and coughing in crowds, office, airports, cruise ships, aged care homes and other places where people congregate or work.

The university team is led by Professor Javaan Chahl (below. right), defence chair of Sensor Systems, and it will work with Draganfly, a North American drone technology company to begin the task of recruiting customers from the commercial, medical and government sectors.

Professor Chahl, along with Dr Ali Al-Naji and Asanka Perera, demonstrated image-processing algorithms to extract the heart rate of a human from drone video, an achievement which gained the trio world recognition. 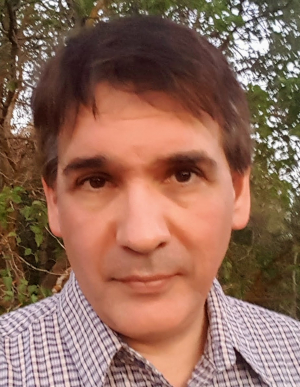 The trio has since demonstrated that heart and breathing rates can be measured with high accuracy within five to ten metres of people, using drones, and up to 50 metres with fixed cameras.

Professor Chahl, Dr Al-Naji and Perera have also developed algorithms that can interpret human actions such as sneezing and coughing.

Draganfly developed the first commercialised quadrotor unmanned aerial vehicle 20 years ago and two years later released the first multi-rotor UAV with an integrated camera system. It has built drones for use in agriculture, for public safety, by military and government, in environmental and energy projects and also by the insurance industry.

Professor Chahl said the technology could be a screening tool for the coronavirus. “It might not detect all cases, but it could be a reliable tool to detect the presence of the disease in a place or in a group of people," he added.

The technology was originally envisaged for war zones, natural disasters and remotely monitoring heart rates of premature babies in incubators.

“Now, shockingly, we see a need for its use immediately, to help save lives in the biggest health catastrophe the world has experienced in the past 100 years,” Professor Chahl said.

Draganfly chief executive Cameron Chell said the firm would use its sensor, software and engineering expertise to work with UniSA and integrate and deploy the technology for government, medical and commercial customers.

“We are honoured to work on such an important project given the current pandemic facing the world with COVID-19. Health and respiratory monitoring will be vital not only for detection but also to understand health trends,” Chell said.

More in this category: « Singapore open-sources app for tracking coronavirus contacts ACMA clears the decks to allow comms, media sectors to prioritise work during COVID-19 crisis »
back to top