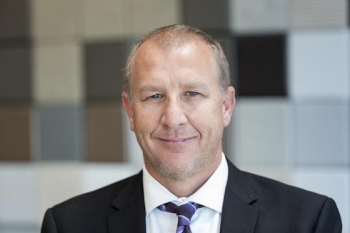 Telstra chief executive Andy Penn has been taken to task by the Communications, Electrical and Plumbing Union national president Shane Murphy over the decision to fill the skills gap by recruiting and employing people in India rather than upskilling its existing workers.

Penn announced the plan to set up an innovation and capability centre in Bangalore, India, during an address to the Committee for Economic Development of Australia.

Although Penn said Telstra was "committed to working with government and industry partners to explore building a bigger technology talent pipeline within Australia", Murphy believes retraining some of "the 8000 people he's just forced out of a job" would have been more appropriate.

"Within the ranks of the 8000 jobs he's cutting, there would be plenty of candidates that could be re-trained or up-skilled to fill the so-called 'skills gaps' that Andy Penn is claiming Australians have,” said Murphy.

The union described the Telstra redundancies as "the biggest job purge in Australian corporate history", one that affects many people with decades of experience at the telco.

Murphy observed: "Of course, industries change over time, but a smart CEO looks to the future and up-skills the workforce in order to meet those changes. It seems Andy Penn doesn't have the foresight required to run our once iconic telco.

"This is another example of the Telstra CEO's disrespect for the workforce. He's putting 8000 people out of a job, and at the same time complaining that he can't find any workers. This man is the definition of a man out of touch with reality.

"Andy Penn has just axed the jobs of thousands of skilled workers, yet here is complaining that there aren't enough skilled Australian workers.

“Telstra is being driven into the ground by Andy Penn, and customers and the workforce are being forced to bear the brunt of it.”

More in this category: « Telstra to take tech centre to Bangalore Higher salaries on offer from IT employers to attract top talent, says recruiter »
Share News tips for the iTWire Journalists? Your tip will be anonymous