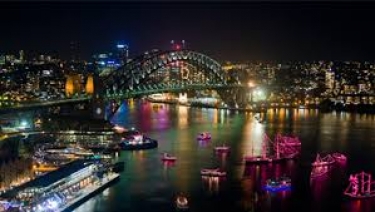 Renewable electricity is slated to power all city-owned properties in Sydney from July 2020 with the unveiling by the Sydney City Counci of what’s been described as the biggest standalone renewables deal for an Australian council.

Properties which will be powered by renewables include swimming pools, libraries, playing fields, depots and council buildings, and the historic Sydney Town Hall.

Under an agreement with energy company Flow Power announced on Tuesday three-quarters of the Sydney’s power will be sourced from wind generation and one-quarter from solar.

The City of Sydney Council says it is committing to buy electricity from the 270 megawatt (MW) Sapphire Wind Farm near Glenn Innes in northern NSW, the 120MW Bomen Solar Farm near Wagga Wagga in the south-west of the State, and a not-for profit community-owned solar scheme near Nowra on the south-east NSW coast.

The council – which says it has already reduced electricity usage by 26 per cent since 2006 by investing in energy efficiency initiatives - says the 100 percent renewable electricity commitment is projected to save the city up to half a million dollars a year over the next 10 years.

“By 2020 all our pools, libraries, playing fields, depots and council buildings, including the historic Sydney Town Hall, will be powered using only wind and solar.

“The science is clear, without urgent, co-ordinated and global action to reduce emissions in the next decade, we face a very high risk of triggering runaway climate change.

“This new commitment will see the City’s operations cut emissions by around 20,000 tonnes a year – equivalent to the power consumption of 8,000 local households.

“The City has been certified carbon neutral since 2011 and will now achieve its commitment to reduce emissions by 70 per cent six years ahead of our 2030 deadline.”

Moore said “successive Australian Governments have shamefully presided over a climate disaster, and now we are at a critical juncture”.

“We can act here in Sydney, but we desperately need the Australian Government to reintroduce a price on carbon to meet our Paris emissions reduction targets, and to establish a Just Transition Authority to ensure Australians employed in fossil fuel industries find appropriate alternate employment.”

Flow Power CEO, Matthew van der Linden, said the City’s commitment to buy its electricity from renewable plants was an important step in Australia’s transition to a low-carbon future.

“It’s exciting to see the City of Sydney take on renewables as the cornerstone of a holistic energy strategy,” van der Linden said.

“This deal will empower the City to tap into the wholesale energy market and support the system. This is the forward-thinking approach to energy that will drive us toward the new energy future.

“We need organisations to lead by example when it comes to their energy strategy. If just 20 per cent of the market followed the City’s lead, it would drive investment in 11 gigawatt of new renewable generation – that’s double the current pipeline of renewable projects.”

The community solar farm project is being developed with Repower Shoalhaven and is expecting to be completed in 2020.

With a construction cost of close to $5 million, the coastal solar farm will deliver additional investment to the region and provide local employment opportunities during construction and operation. The project will generate enough energy to power close to 1,000 NSW homes.

“We are proud to be a part of this significant commitment from the City to advance a sustainable decarbonised future,” Hayward said.

“This will enable a regional community to participate through the purchase of power from our not for profit scheme and support local jobs. Thank you, City of Sydney.”

More in this category: « Renewables to power major iron mine Newcastle becomes first NSW council to adopt 100% renewable power »
back to top