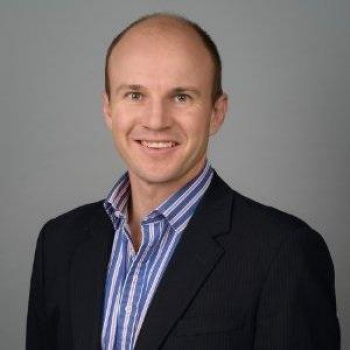 Rackspace ANZ general manager Angus Dorney told iTWire about the big trends he expects in his market during 2015.

Interest in DevOps is clearly growing, and it is seen as a way to deliver updated applications more quickly, whether that's to provide users or customers with new functions or to adapt to external changes such as operating system updates, new devices, or revised laws or regulations. A recent survey carried out by Rackspace found 86% of larger Australian organisations either have implemented DevOps or are planing to do so.

Smartphone and tablet usage is roaring along, judging by a recent Deloitte report, and the natural place to host ecommerce systems is in the cloud.

Businesses need speed and reliability, he said, adding that concerns about cloud security are falling.

Australian organisations have passed the 'which tools are best?' stage and are instead asking 'how do we get value from these systems?,' he suggested.

Big data will become increasingly mainstream during 2015, he said, but largely as a part of business applications rather than as a separate category.

Cutting edge technology and disruption is often associated with startups such as Uber and Airbnb, but enterprises and government departments are catching up, according to Dorney.

They are putting more workloads into the cloud, and "you can see the momentum starting to build."

"That's where the big wave of cloud adoption is going to come from."

Dorney isn't suggesting all workloads currently in on-premises or conventionally outsourced systems will move to the cloud, "but many of them will."

And he noted that the growing complexity of technology stacks means it makes increasing sense to adopt a multi-vendor cloud strategy, giving the ability to make tradeoffs between price, support, uptime and other considerations according to the particular requirements.

Given that support is a key aspect of Rackspace's positioning in the market, it's not surprising that it is on Dorney's list.

He makes the point that someone has to manage cloud-based systems, and that means either the organisation using them or the people they pay (directly or indirectly) to do the job.

"People are starting to realise that clouds don't manage themselves."

So he predicts an increasing split between unmanaged and managed providers, so organisations can get what they pay for, and pay for what they get.