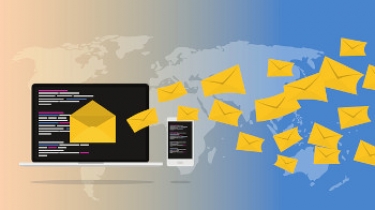 Image by Muhammad Ribkhan from Pixabay

Austrian open source software development company grommunio has announced that its groupware, of the same name, can be used to replace Microsoft Exchange.

The announcement comes at a time when Microsoft Exchange Server has been under attack from numerous actors, due to vulnerabilities known as ProxyShell and ProxyLogon.

Different packages are offered to both individuals and companies as subscriptions, along with support.

The company's website says it works with existing clients such as Windows Mail, Outlook, Android, Apple Mail, iOS, Thunderbird and others.

grommunio was formerly known as gramm and is released under a licence known as AGPLv3. It is developed in line with open standards and supports both the older RPC over HTTP protocol and the Outlook standard protocol MAPI over HTTP.

grommunio also supports database sharing and the storage backend is flexible to allow expansion of a setup.

A community edition is free for use by up to five users.

More in this category: « Onboarding processes fall short of expectations: survey Make sure your website stands up to Black Friday and Cyber Monday levels of traffic with commercetools »
Share News tips for the iTWire Journalists? Your tip will be anonymous