WhatsApp to create tools to fight 'sinister' messages in India 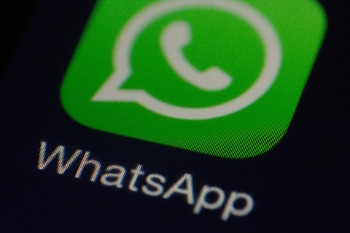 WhatsApp has told India that it will create tools to fight "sinister" messages and help the authorities to stop the flood of hate that has been spread over the app leading to deaths in the country.

The assurance was given to India's IT Minister Ravi Shankar Prasad by WhatsApp chief executive Chris Daniels during a meeting in New Delhi, Reuters reported on Tuesday.

Last month, there were reports that Facebook would roll out software changes to make it harder for WhatsApp users to forward messages after rumours led to a spate of deaths in the country.

Authorities had pressed the company for action after several people were killed in India, the biggest market for WhatsApp with more than 200 million users.

More recently, there have been reports that telecom operators in India had been asked to devise methods of blocking Facebook and WhatsApp in the event that these applications were misused.

Prasad said: "It does not need rocket science to locate a message", adding that he had asked the company to work out ways to trace "sinister" messages, like those that led to the deaths.

The company had agreed to create the post of grievance officer to handle issues in India, he added.

WhatsApp had agreed to comply with the requirement laid down by the Reserve Bank of India that all data from payment firms should be stored locally, Prasad said.

Earlier this month, reports said that global payments companies MasterCard, Visa and American Express were lobbying the Indian Government in a bid to avoid having to store customer data locally as mandated back in April.

More in this category: « India warns WhatsApp to act on messages that led to deaths Court petition accuses WhatsApp of flouting Indian regulations »
Share News tips for the iTWire Journalists? Your tip will be anonymous