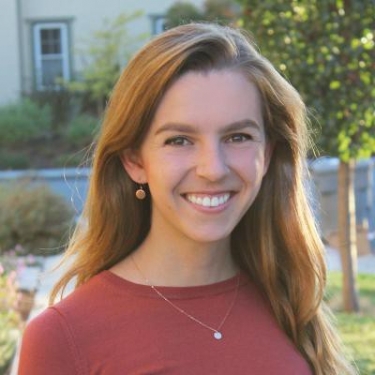 Open-source software is used in some way by organisations worldwide - and not only commercial enterprise but healthcare, charities, roads, utilities, science and more. Incentivising those developers who give their time and work away directly leads to making the whole world better, says Devon Zuegel.

In particular, global open-source lifecycle platform, GitHub, announced today its GitHub Sponsors program - in beta since May - has been extended to support teams. This announcement is good news for project teams, but for this writer, the real story is the one behind the news.

How GitHub got to this point of facilitating Patreon-like sponsorship centres around a young lady, Devon Zuegel, who fiercely embodies the open-source spirit. Zuegel reflects a movement of intelligent and articulate professionals determined to bring about global good and who see the free and open asynchronous exchange of ideas a key component. For these people, GitHub is the platform to enable this, almost incidentally a platform about software and software development.

It is Zuegel, Senior Product Manager at GitHub, and her team who put GitHub Sponsors together. Though, you may ask why fund open-source software when people give it away for free, and other causes exist?

The answer, Zuegel says, is because "the whole world would be better if open-source could be funded.”

Fast forward to today where open source software is in use among all organisations of any size, whether directly or indirectly as a component of commercial software or hardware.

Some open-source developers are funded because they are employed in an organisation actively contributing to projects. Obvious examples include Red Hat and Microsoft - itself a vast transformation from demonising open source to being a major player.

Yet, many are not funded. They perform their duties, giving to society, out of their own passion and belief system. Everyone needs to eat so, understandably, these pursuits can take second stage to real-world employment.

Zuegel has a background in Computer Science and economics, and a career in software engineering. However, she is also an activist with a deep passion for creating social good. Her work here brewed within her a strong belief incentive design is the challenge behind the challenge.

To explain what this means, Zuegel provides an example from her work in San Francisco housing policy, striving towards affordable housing to alleviate homelessness as well as attract new people to the city. On one level everyone she spoke with agreed this is necessary. However, often the sentiment was accompanied with “but not in my neighbourhood” - the perennial NIMBY, or not in my back yard, situation.

Or, she says, regarding climate change "everyone agrees we don’t want our planet to turn into a crisp” but “everyone is tempted to take a longer shower or use the air conditioner for longer.” These actions are only a “small drop in the bucket” in isolation, but “if we all put drops in, it fills and overflows.”

The conflict, Zuegel sees, is one of misaligned incentives between individuals, or between global and local concerns. Thus “Incentive design is the most important problem to work on. Humans are good at overcoming obstacles when they have reason to do so. The word problems tend to be ones of cooperation, not technological or scientific understanding,” she says.

Through Zuegel's work with San Francisco housing policy, she came to know Nat Friedman who was himself engaged in this area, and when Friedman was appointed GitHub CEO she reached out to express her opinions on what GitHub could do to incentivise developers.

"I sent Nat an email with a lot of opinions you should do this and that. He said ‘Ok, how about you come and do it with us’” she said, leading to Zuegel herself making the move to GitHub as Senior Product Manager.

Zuegel put forth her incentive design philosophies. "Incentives unlock opportunity. Funding open source is a major incentive problem - the whole world would be better if we fund open source. It’s behind the infrastructure we all depend on such as roads and bridges and the power grid,” she said.

Thus GitHub Sponsors came to the platform in May, originally in beta across 30 countries, and now extending to more regions while also adding sponsorship support for teams.

In practice this means a person can decide they want to sponsor a project because they recognise the value it brings them - for example, Zuegel herself sponsors curl, the command-line tool to retrieve online data across various protocols, maintained for 22 years by Swedish developer Daniel Stenberg. curl has saved Zuegel plenty of time over the years, as well as countless developers with curl used across many projects.

Conversely, developers can add a 'support' button to their GitHub projects to encourage its users to consider converting their appreciation of the code into tangible financial support.

Like popular crowdfunding sites, GitHub Sponsors allows developers to list sponsorship tiers though unlike crowdfunding the end goal is not for the sponsor to receive a specific item, but purely to express their support and appreciation for the project, and to aid the developer in committing time to continue the project.

GitHub Sponsors pays sponsored developers directly into their local bank account and at this time GitHub is covering all transaction fees that apply. It is also matching sponsorships right now, meaning if you sponsor a developer for (say) $5 per month, the developer gets all of that $5, and in fact receives $10 because of the matching.

GitHub Sponsors is extending to other countries. "Expanding the opportunity, and access to opportunity is crucial. We want people all around the world to access the tools,” Zuegel said.

This sponsorship can be life-changing. "There is a Romanian developer being sponsored and is receiving what would be considered a good amount of money in the USA, but which is a really good amount of money for Romania. He can now do his open-source work full-time,” Zuegel said.

For companies, this is highly practical. "There are a lot of great developers in Eastern Europe, China and other countries where money goes further. The sponsor gets ‘more bang for their buck’” she said.

The writer is attending GitHub Universe 2019 as a guest of the company.

BACK TO HOME PAGE
Published in The Linux Distillery