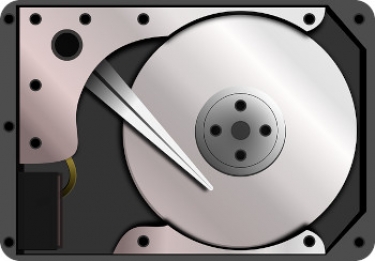 Republican members of the US Senate Committee on Commerce, Science and Transportation have accused storage vendor Seagate Technology of violating American rules on the supply of products to Chinese telecommunications equipment vendor Huawei Technologies.

The restrictions were put in place in August last year and took effect on 14 September.

A seven-page report issued by the Republican group claimed: "Any shipment of prohibited products without a licence after 14 September 2020, likely including hard disk drives incorporating semiconductors as component parts, violated this rule."

The group said Roger Wicker, a ranking member on the committee, had sent a letter to Seagate, Western Digital and Toshiba in a bid to find out whether the hard-disk manufacturers were complying with the rule.

"The letter probed each company’s interpretation of the rule, including whether they believe selling hard disk drives to Huawei requires a licence from BIS [the Commerce Department's Bureau of Industry and Security].

"Seagate declined to provide its interpretation of the rule, detail its transactional relationship with Huawei, or disclose whether the company had obtained a license to continue shipment of hard disk drives to Huawei."

The group said Seagate controlled about 43% of the hard disk market as of mid-2021.

"Evidence suggests that Seagate Technology, a California-based company, continued shipping hard disk drives to Huawei after the rule went into effect," they said. "Seagate officials told Minority Staff [Republican members of the panel] that the company does not hold a valid licence to continue shipping hard disk drives to Huawei, likely making transactions for this product unlawful after the effective date.

"By shipping these prohibited products to Huawei, it appears Seagate benefitted from an uneven playing field to the detriment of national security and at the expense of its competitors who abide by the rule designed to combat threats posed by companies with known connections to the Chinese Government."

During a public conference call on the day the rule took effect, Seagate's chief financial officer Gianluca Romano was asked about the new rule, the Republicans said.

He responded by saying: “I don’t see any particular restriction for us in terms of being able to continue to ship to Huawei or any other customer in China. So, we don’t think we need to have a specific licence...”

In September this year, the group said, Seagate had disclosed that it had not applied for any licences to export hard disk drives to Huawei or its affiliates that are on the Entity List.

"Seagate representatives also disclosed that the company has stopped shipping hard disk drives to Huawei, but declined to provide the date that shipments ended," the group said.

More in this category: « Government proposes stricter privacy rules for social media TIO submission to the Regional Telecommunications Review 2021 »
Share News tips for the iTWire Journalists? Your tip will be anonymous