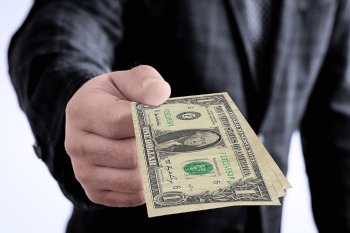 Software giant Microsoft has paid US$25 million to the US Government to settle investigations into bribery by its Hungarian operations, with the company entering into a non-prosecution agreement with the US Department of Justice and a cease-and-desist order with the Securities and Exchange Commission.

Of this amount, US$8.7 million was paid as a criminal penalty by Microsoft Hungary to resolve the foreign bribery case and the balance was paid by Microsoft to the SEC as disgorgement and prejudgment interest totalling for its conduct in Hungary.

In an email from chief legal officer Brad Smith to employees, which was posted to the company's website, Microsoft said the claims of violations of the US Foreign Corrupt Practices Act between 2012 and 2015 meant the company had to take certain unspecified actions.

The DoJ concluded that between 2013 and 2015, "a senior executive and some other employees at Microsoft Hungary participated in a scheme to inflate margins in the Microsoft sales channel, which were used to fund improper payments under the FCPA".

According to a report in August last year, Microsoft sold its software such as Word and Excel to middlemen firms in Hungary at steeply reduced prices.

These middlemen on-sold the software to government departments in 2013 and 2014 at much higher prices. The US investigation looked at whether the companies in the middle used their profits to bribe government officials.

According to the DoJ, an executive at Microsoft's Hungary operations falsely represented to the parent company that these discounts were needed.

"These employees failed to pass to customers the discounts they claimed were needed to close a deal, and instead, the DOJ concluded that 'the inflated margins were used to fund improper payments',” Smith wrote.

This is the second time that Microsoft has been reported to be involved in shady deals in eastern Europe in recent years.

In October 2016, as iTWire reported, a former Romanian minister and three others, who were jailed in March that year for embezzling the discount offered by Microsoft for software provided to schools, had their appeals dismissed and their fines and jail terms increased.

More in this category: « deVere Group chief slams US lawmakers’ stance on cryptocurrencies as 'outdated' Australia Post accredited as trusted identity service provider »
Share News tips for the iTWire Journalists? Your tip will be anonymous