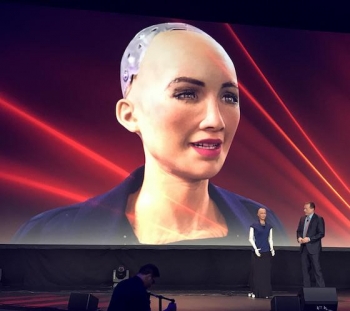 The IT industry is going through another transition phase in its evolution, according to Dell EMC president and chief technology officer John Roese.

At the Dell Technologies Forum in Sydney, Roese said that after 15 years of the modern IT era, another shift is afoot.

"Our vernacular is going to change," he said, pointing to a move back towards in-house software development (to take advantage of AI, chatbots and other technologies), the idea that a "user" is a human is giving way to a drive to connect everything, and the consequent need for scalability to increase a thousandfold.

Multi-cloud architectures recognise that "clouds are different" – they are differently optimised and provide different services. Organisations need ways to bind clouds together in order to take advantage of their best characteristics, and ways to develop software on one cloud and run it on another.

Multi-tier architectures recognise that having the bulk of the processing done at a remote data centre — wherever it is on the spectrum from a privately owned facility to a public cloud — is just too slow for some purposes. Instead, processing may occur on the device, on the edge of the network, in private clouds and in public clouds. "Every industry will have to figure out their multi-tier strategy," said Roese.

Software-defined is "one of the most poorly defined terms in the industry", he observed, but it is basically about separating the various layers of the stack so that innovation can occur independently in each layer, and adding the ability to control each layer through software. "We have to program the infrastructure," he said.

IoT "is not really about the things", said Roese, rather it is about providing services to people and devices, which means infrastructure has to be highly scalable. "Suddenly, there's a lot of data coming at you," he said. For example, upgrading surveillance cameras from 1080p to 4K. But if there are going to be lots of devices, we want them to be cheap, and that means they should not be too smart. So a significant amount of the processing needs to be done elsewhere, whether that's in gateways, edge servers, the cloud or elsewhere.

AI will have a greater impact than most people expect, he suggested. Within IT, it will be put to use in three domains: simplifying user interaction with systems, increasing the level of process automation (reducing the number of handoffs between systems and people), and infrastructure management (to solve problems that people can't).

"All three of them have value," said Roese, and Dell is "all in on this, with accelerated computing; data storage, management and protection; and a multi-cloud platform for AI".

He also pointed out that AI generates data as well as consuming it, and that new data is probably more valuable due to the cost of gaining those insights.

VR/AR is blurring the boundary between the real world and the world of IT. Its introduction will require a significant change to user interfaces and will put a big load on infrastructure. Since the processing capacity of devices is too limited to support fully immersive experiences, technologies such as 5G will be needed to allow processing to be offloaded to equipment on the edge of the network.

More in this category: « UNSW partners with China institute in tech innovation research Anodot set for Asia Pacific expansion with new Sydney HQ »
BACK TO HOME PAGE
back to top