The OpenBSD project, which produces an UNIX-like operating system of the same name, has decided to disable support for hyperthreading for Intel processors as it could lead to data leaks in a manner similar to that caused by the Spectre flaws in Intel processors announced earlier this year.

OpenBSD chief Theo de Raadt told iTWire on Thursday that he had spent about a month trying to discern the problems that he said "Intel would not disclose to us".

He said that a paper, due to be presented at the Black Hat USA 2018 conference in August "was shared with us".

De Raadt (below, right) said he could not be more specific about the nature of the vulnerability that had led to the disabling of hyperthreading as the paper was yet to be published. 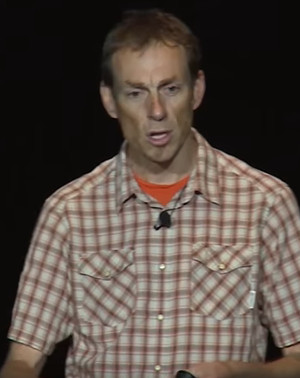 When Intel announced vulnerabilities — known as Meltdown and Spectre — in its processors in January, de Raadt took the company and Google to task for handling the disclosure "in an incredibly bad way".

Meltdown removes the barrier between user applications and sensitive parts of the operating system, while Spectre, which is also reportedly found in some AMD and ARM processors, can trick vulnerable applications into leaking the contents of their memory.

"Only Tier-1 companies received advance information, and that is not responsible disclosure – it is selective disclosure," De Raadt told iTWire at the time. "Everyone below Tier-1 has just gotten screwed."

Regarding the reason why hyperthreading had been disabled, de Raadt said the presentation detailed a further class of problems similar to Spectre, relating to Intel's version of simultaneous multi-threading and hyperthreading.

"In particular, it is ill-advised to run different security domains (address spaces) on a pair of hyperthread CPUs," he said. "Maybe there are other ways to resolve this problem, but Intel isn't sharing solutions with us. We have selected the expedient approach of disabling hyperthreading until we know more."

He said it was a "particularly difficult time to do clever things in the process scheduler, since we believe there are further speculative execution problems coming down the pipeline".

OpenBSD has a good reputation for security and runs some of the public servers with the longest uptimes. De Raadt himself is obsessed with security, and has as his aim the provision of an operating system that has a secure default install. OpenBSD has had only two remote vulnerabilities in its default install since the project forked from NetBSD in 1996.

Said de Raadt: "Oftentimes mitigating risk due to a problem isn't the same as having all the information to weaponise it. I think weaponising this requires the whole paper (that is to be presented at Black Hat USA 2018 in August).

"I guess Intel and the clowncomputing companies are really going to hate this paper," he added, referring to cloud computing firms. "Alternative solutions are going to be thin on providing security guarantees, or make hyperthreading far less usable compared to increased complexity in scheduling."

More in this category: « ABC says no use of PageUp systems until breach issues sorted Intel chief Krzanich quits over affair with staffer »
Share News tips for the iTWire Journalists? Your tip will be anonymous