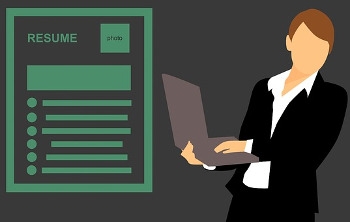 The Australian Broadcasting Corporation has advised that it will not be using the recruitment software services provided by PageUp People until issues around the data breach suffered by the company are sorted.

In an email sent to people who have used its online recruitment system, the ABC advised users to check if there had been any "unusual activity concerning your personal information". It did not specify how one should so so.

"The initial advice from PageUp was that some personal information held by them may have been compromised. As a precautionary measure the ABC suspended use of this service," the ABC said.

"Based on current information, PageUp has advised that on the balance of probabilities, certain personal information relating to PageUp clients has been accessed."

PageUp announced the breach on 6 June. The company, which has been in business for 21 years, claims to have "2.6 million active customer employee users in over 190 countries", according to its website.

PageUp initially said the breach was due to a malware infection. But a statement on 12 June said, "Advanced methods were used to gain unauthorised access to PageUp’s IT systems in Australia, Singapore and the UK," indicating that whoever gained access had gone deeper into company systems than originally indicated.

The ABC said that PageUp believed personal information in an online application form, "which may have included name, street address, email address and telephone number, may be affected".

"Additionally, biographical details including gender, date of birth, maiden name (if applicable), nationality and whether the applicant was a local resident at the time of the application may be affected," it said.

It said the broadcaster did not store financial information, tax file numbers or employment contracts on the PageUp system and the HR outfit had advised that this data was not affected.

"The ABC is working with PageUp to reinstate access to the recruitment system. As soon as this is operational, we will resume advertising vacant roles," the broadcaster said.

PageUp People's website is hosted by Amazon and appears to run on Microsoft's IIS Web server.

More in this category: « Defence, satellite firms targeted by China-based computers: claim OpenBSD disables hyperthreading support for Intel CPUs due to likely data leaks »
Share News tips for the iTWire Journalists? Your tip will be anonymous