iLab therefore I am 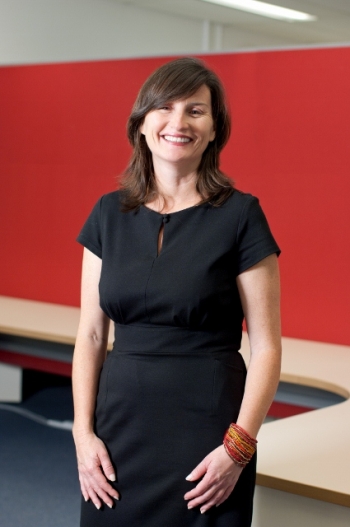 Leigh Angus is the sort of woman who can leave you ever so slightly breathless.

I once had occasion to travel to Perth with her. After a full day’s work, and a glass of champagne, Angus – a mother of three children, including twins, settled back with a pile of reading for her PhD nanotechnology studies.

Today Angus is the programme director of iLab, a Queensland based technology incubator and accelerator, and also involved in her own start-up.

Owned by the University of Queensland’s Uniquest operation, iLab was set up to service the general technology community across Queensland and also forge a close association student entrepreneurs. Angus took on the role to lead the organization in April 2012.

“iLab is helping to create a community that is empathetic and supportive of entrepreneurs and founders. This is the most difficult stage - trying to find money and resources, to help them build out their idea. We create an environment that does that and give them the knowledge they need and provide them with the resources they require and to have that as accessible as possible and with as little expense to the start up as possible.”

Similar in essence to Silicon Valley’s Y Combinator, start-ups which are selected for an iLab programme secure up to $20,000 to pay for development or marketing expenses to build up their idea, thanks to grants from the Queensland Government.

In addition iLab provides access to a community of mentors and advisors to: “ Provide the knowledge, expertise or guidance to help them progress down the commercialisation path.”

Angus says that to be considered for the programme entrepreneurs need to demonstrate tenacity, a strong desire to succeed and a reasonably good idea. He sees her role as to remain neutral about the business, but to act as a confidante who can find people to “unstick” any problems.

As to who makes the grade Angus explains; “We have an external selection panel – we had programme in June  - there were 260 expressions of interest, 100 full applications. We shortlisted that to 19, ten were chosen to pitch and over three months six have finished with us.”

Over that three month intensive period entrepreneurs work to build out a concept into a business.

While Angus is today extremely focused and well connected, as a girl there was little evidence of that drive. Although Angus was born in Victoria, her parents and three siblings moved to Queensland early on, and she spent most of her school years in Mackay – a very relaxed environment where; “School was a distraction from everything else.” Although interested in art and design Angus was nudged toward a hospitality traineeship, where she uncovered for the first time an ability to study hard and do well if she put her mind to something.

At 21 Angus went to Queensland University of Technology and undertook a business degree in HR and psychology. She had a series of jobs during and after her studies, and also uncovered a passion of learning that was more about learning itself, than a career stepping stone.

She began a diploma in teaching, then a masters in social science – both of which were completed while Angus took off travelling. She reckons she was one of the very few backpackers with a laptop and university reading materials in her rucksack.

“I was staying in little poky villages and trying to find the internet where I could and tapping away late at night to get assignments done – and going through countries that I was writing about. Indonesia was in all sorts of turmoil –I was seeing it all as I was writing my assignments.”

In Thailand she met another backpacker, Nimrod, also travelling through Asia, though on his way to Argentina where Angus eventually joined him.

“In Argentina we started to think and put down a plan of what we were going to do.” Israel loomed large, and after converting to Judaism in Buenos Ares, the couple moved to Israel for four years where their daughter was born, along with their interest in technology start-ups.

After a stint in a start up which foundered shortly after the dot com boom, Angus worked in a marketing role for a business specializing in long range telemetry and security systems and completed a diploma in technology management from UNSW and gave birth to a daughter. Her partner meanwhile was working in an electronics business in Israel.

By the time they moved back to Australia there were steeped in technology and used to entrepreneurial environments. Sydney however was something of a desert, with little entrepreneurial focus back in 2004. Angus found work with Canon which supported her intent to study for a PhD exploring how nano technology and science might impact a range of different industry sectors.

Eighteen months into her PhD studies Angus learned that she was expecting twins, and although she continued with her studies, six months after her twin sons were born the load of work, study and caring for three small children led her to drop the PhD.

Along the way however she had delivered a paper in Melbourne on the perception of the brand of nano. In the audience was a Uniquest manager who sought angus out at the end of the presentation.

Shortly after Angus was offered a role working with researchers in the Faculty of Engineering and the School of Industrial Design at the University of Technology Sydney to help commercialise their research. She and Nimrod also established a start-up of their own called Wizzyboard.

When Uniquest completed the purchase of iLab the opportunity to take on the role as director arose.

Over the last eight years since Angus returned to Australia she feels that there has been a seachange in the local startup scene.

“It’s now very exciting and vibrant particularly in Sydney – start ups are celebrated, the investment community is very active the Sydney angels have taken a structured approach and active in their investing.”

In addition Angus believes that organisations such as Atlassian are “Putting Australia on the map in terms of their ability and attitude about keeping Atlassian in Australia and attracting overseas investors.”

She also believes that Australian business students are realizing that they don’t always have to work for the man when they graduate – but can start their own business.  Technical graduates now need to make similar decisions says Angus.

“Starting a business can be very profitable and viable career path.

“People with technical skills need to consider start ups as an alternative – they are still thinking about graduate recruitment. There is an abundance of business entrepreneurs who need technical talent to complement them.

“In Sydney you starting to get that a lot. More technical graduates are coming out and thinking ‘I’m going to start my own business and take a crack at that while the risks are low for me personally’. If it doesn’t work out their skills are competitive and they can pick up a role later.”

As to Angus’ long term (she’s 41) plans? “I think I’m a frustrated entrepreneur and think I have a start up in me – if not Wizzyboard then another.

“The value I bring to iLab is that I have my own start up and know what it feels like and how difficult it is and the challenges you face in raising capital and attracting investors. I would hope to retain that empathy and understanding for entrepreneurs and to influence and engage at senior level at policy level to promote the community further.”
Read 30927 times

More in this category: « Revisiting the Bullseye vision
Share News tips for the iTWire Journalists? Your tip will be anonymous