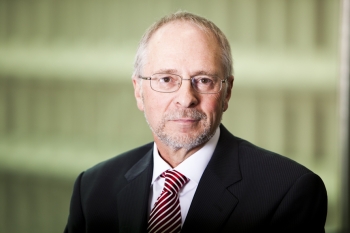 Bullseye was an independent digital agency for a decade until STW Group took a 50 per cent stake in the business exactly a year ago. According to its founder and chairman, Jim McKerlie, a veteran of the IT landscape in Australia who still owns a significant slice of the business, the organisation has always been more than a simple content provider or digital marketing specialist – Bullseye’s focus is on leveraging technology across a business in order to transform it.

“We’re not advertising, not marketing, not simply providing technology solutions – but enhancing a company’s ability to achieve its goals by leveraging technology. And we focus on building a solution as opposed to getting paid for analysis of the problem,” says McKerlie.

With just over 100 people on its books the company’s headquarters is in Sydney – but its development powerhouse is in Indonesia where it has offices in Jakarta and Bali, managed by McKerlie’s son.

“We started out being software engineers (in Indonesia)– but now have a design team, content team, editing, video production – a whole suite of digital skills up there.” He denies that the offshore team was established just to save money. “Clearly there is a lower salary base – but when you add in the layers of overhead that gets washed away pretty quickly

“There were two significant things when I made that decision – one, take Indonesia, it has 300 million people – if we put out an advertisement for someone we will get 100 applications where you get two here.”

He also believes that the Asian presence has helped the business secure work in the region. And while the company was originally shy about trumpeting the fact that a lot of the design and development work would be performed offshore, it now showcases that capability.

“Clients want to know they will be dealt with in a cost effective manner and Bali is a terrific location if you take clients up there and strategic partners and run training, everybody loves it. “

Asked if the merger with STW has affected the culture that Bullseye had developed McKerlie claims that they are a very hands-off partner, and instead of merging organisations, tend to create ecosystems which feed off one another. “We informally and formally share opportunities – that’s very healthy. There haven’t been a lot of other changes.

“There’s no edict coming down saying ‘you’ve got to wear blue shirts and have red phones’ – there’s none of that, just get on and do it.”

STW was also interested in the Asian footprint that Bullseye had carved itself.

“We had made the decision to push into Asia – they wanted to push into Asia – we had a beachhead – all set up and registered in Asia – and in Indonesia that takes a long long time - we are working with them actively in Asian opportunities – it felt right and made sense.”

For McKerlie, who recently turned 60, the journey to digital transformations has been long and winding.

The oldest of four boys, McKerlie was born to a farming family in South Australia that raised fine wool and lambs. Although the family moved to Adelaide when it was time for the boys to go to school, and his mother and father took town jobs, the McKerlie family returned to the land every holiday.

At the end of high school McKerlie was awarded a scholarship for agricultural economics and upped sticks for Armidale in NSW. It proved, he says, a fantastic grounding for a life in technology and telecommunications.

“The value of agricultural economics is it’s the most advanced applied economic theory in the world – especially in Australia.”

After graduating McKerlie took a job in audit, working for large accounting firms before being recruited by a client to run an unlisted public company based in Papua New Guinea. At the age of 28 McKerlie and his young family were based in the highlands of PNG running a company that had everything “from coffee plantations to airlines, shipping to trade stores.”

“I went in as 28 year old business virgin and came out a pretty hardened CEO.”

But recognising that if he stayed longer in PNG there was a chance he might “go a bit troppo” McKerlie moved his family back to Australia and started working for a firm of accountants in Lismore.

It was during these years that he started a second career as a broadcaster, running talkback and syndicated sessions for 250 different radio stations, which eventually brought him to Sydney where he joined Deloittes and started working in the broadcasting and telecommunications area just as it began to deregulate.

“Convergence was a hot word – that’s the space I was in.

“It’s where the ag (agricultural) economics came in – applied economics – here’s Telstra charging monopoly rents – and what sort of access regime should you have, how do you create a market? With mobile licences do you say the market can support three or let Darwinism take hold and let the fittest survive?

“All those policy debates – I was in my element.”

In the early 90s McKerlie left Deloitte and set up his own consulting business focused on the telecommunications and technology space.

“We wanted to be a well regarded corporate advisory and strategic consulting practice. I’d just had enough of being in a big firm – the politics of it. I’d get criticized for travelling – well you can’t get work as a consultant unless you travel.

“McKerlie (Consulting) was an advisory firm – we never built anything. Then KPMG came along and bought McKerlie Consulting in ‘99 and I took a year to realise why I moved out of Deloittes.”

After leaving KPMG McKerlie bought a business, RanOne that built and supplied systems for accounting firms (which he still owns, and which uses Bullseye’s platforms to offer cloud based accounting systems) and moved to San Francisco.

“As we moved more and more into technology and had more developers an opportunity came to start Bullseye and RanOne became Bullseye’s biggest client.”

McKerlie’s approach with Bullseye has to build a pragmatic provider of solutions.

“We never said we are the hottest creative agency – we say we solve problems and give you business solutions for those problems. That’s from PNG when I had payroll to pay and nothing that night – you find a way of getting there – that’s in my DNA.

“We have always been seen as very practical – you don’t see people here with purple hair and that ditzy creative stuff.”

While McKerlie has stepped back from an executive position at Bullseye since turning 60, he remains chairman and is also chairman of Drillsearch an oil and gas company.

“I don’t know much about hydrocarbons – but they deal with monopoly player called Santos that owns the networks and pipes – it’s Telstra all over,” he quips.

As far as the Australian technology landscape is concerned he believes; “We are in a tricky place. From the cocoon to the butterfly – we’re not out of the cocoon yet – but there is the promise of the beautiful butterfly.

“The NBN is just so important. I don’t care how you build it or fund it but everyone must have access to broadband – that’s the end story. What I am seeing is Australia’s competitive advantage is not in making anything it’s about thinking and designing how to make things. Making stuff can be done in places with a lot more people – in Indonesia and Malaysia.

“We’ve got to think about being clever and doing things we can with our resources base. There’s a bunch of geologists sitting next to a drill reading stuff that comes off a telemetry system – they could be sitting anywhere.

“When are we going to understand if we don’t find smarter ways of doing everything someone else will? The challenge is not that we’re not putting the technology in it’s that we haven’t adopted a national change management programme to get our heads around how to use it – that will be the challenge.”
Read 30322 times

More in this category: « Sketching a blueprint for enterprise architects James Dyson enables invention powerhouse at the University of Cambridge »
Share News tips for the iTWire Journalists? Your tip will be anonymous