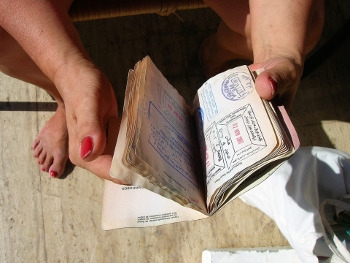 A senior Republican member of the US Senate plans to introduce a bill, possibly as soon as this week, to more than double the number of H-1B visas issued each year.

Orrin Hatch's bill, which he said, could be folded into an immigration measure now being discussed by members of Congress, would raise the number of H-1B visas issued each year to 195,000 from the current number of 85,000.

Bloomberg reported that the immigration measure being discussed revolved around undocumented immigrants brought to the US as children.

A political stoush over the children — known as dreamers and protected protected under a programme called Deferred Action for Childhood Arrivals which is to end soon — resulted in a shutdown of the government which ended on Monday.

The H-1B visa allows a foreign worker to work in the US for two terms of three years each; many companies extend it further in order to get a green card processed so that the worker in question can continue to work for them.

Since Donald Trump became president just more than a year ago, the US has been clamping down on these visas. A large percentage of the visa holders are Indians who work in the technology industry.

There was talk recently that the government would not allow the renewal of the H-1B beyond six years. That was denied, apparently due to pressure from the business lobby.

The Hatch bill also seeks to make it possible for the spouses of H-1B holders to obtain work permits, something the Trump administration has decided to do away with.

Andy Halataei, senior vice-president of government affairs at the Information Technology Industry Council, a lobby group that counts Google, Intel, Microsoft and other tech companies among its members, told Bloomberg: "This bill really encapsulates how the tech industry thinks the U.S. high-skilled immigration system should look to keep us competitive in the global marketplace and allow us to attract and retain world-class talent.

"This bill allows us to start by keeping the people that we educate here in the United States instead of forcing them to leave and go compete against us in other countries."

Hatch's proposed bill would also remove restrictions on how many permanent residents can come from any one country.

More in this category: « US backs off from plan to block H-1B visa renewal Outsourcing like Toll more prevalent than known: IT group »
Share News tips for the iTWire Journalists? Your tip will be anonymous