Firefox moves to encrypted DNS for US users by default Featured 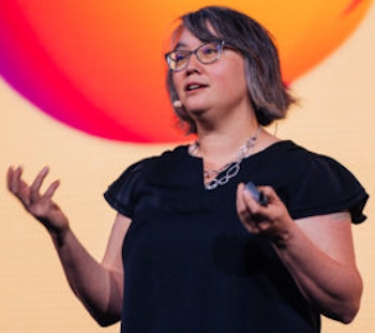 Selena Deckelmann: "Today, we know that unencrypted DNS is not only vulnerable to spying but is being exploited, and so we are helping the internet to make the shift to more secure alternatives." Courtesy Mozilla Foundation

The Mozilla Foundation has begun rolling out encrypted DNS over HTTPS for its Firefox browser by default for users in the US, but has no plans in place for other global regions.

A Foundation spokesperson told iTWire in response to a query: "We are currently focused on releasing this feature by default only to users in the United States.

"We do not have plans to roll out the feature in Europe or other regions at this time. However, we strongly believe that DNS over HTTPS is good for the privacy of people everywhere."

A statement from the Foundation said the rollout for American users would continue over the next few weeks to ensure there are no major issues with this new protocol.

Selena Deckelmann, vice-president Firefox Desktop, said work to put the feature in place had begun more than two years ago.

"To put this change into context, we need to briefly describe how the system worked before DoH," she wrote.

"DNS is a database that links a human-friendly name, such as www.mozilla.org, to a computer-friendly series of numbers, called an IP address (e.g. 192.0.2.1).

"By performing a 'lookup' in this database, your Web browser is able to find websites on your behalf. Because of how DNS was originally designed decades ago, browsers doing DNS lookups for websites — even encrypted sites — had to perform these lookups without encryption."

This means that other devices along the route can pick up the data transmitted and anyone with sufficient technical expertise can spy on people's Web browsing patterns.

But this does not mean that those in other countries cannot use encrypted DNS.

"We’re enabling DoH by default only in the US," Deckelmann said. "If you’re outside the US and would like to enable DoH, you’re welcome to do so by going to Settings, then General, then scroll down to Networking Settings and click the Settings button on the right. Here you can enable DNS over HTTPS by clicking, and a checkbox will appear. By default, this change will send your encrypted DNS requests to Cloudflare."

Users can choose between two providers — Cloudflare and NextDNS — both of which are trusted resolvers.

More in this category: « Linux kernel patch maker says court case was only way out Debian leader Hartman says one year at the helm will do for now »
BACK TO HOME PAGE
back to top