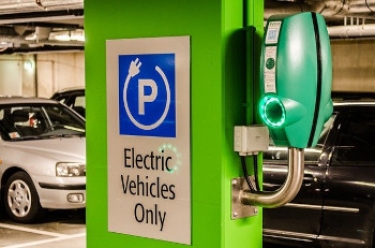 Image by Stan Petersen from Pixabay

As the rest of the developed world looks to electric vehicles to help cut their output of greenhouse gases, Australia is firmly in the backseat, looking to the past and attempting to strangle a nascent industry.

It is this kind of attitude that has resulted in Victoria, which often claims to be the most progressive state in the country, announcing a tax on EVs and hybrid plug-in vehicles in November last year, and introducing a bill in the state's lower house on Wednesday to put the impost into law.

[Full disclosure: The writer has been driving an EV since mid-August 2020. However, he would not support a tax on technology that helps curb global warming even if he was not a user.]

Victorian Treasurer Tim Pallas has said he expects price parity between EVs and petrol/diesel vehicle by 2025. Exactly how that will benefit people who want to buy an EV now is unclear.

Coincidentally, that's the same year by which Norway plans to completely phase out sales of fossil-fuel vehicles!

Surprisingly, Australians do not seem to quite favour this kind of tax. A poll by the Australia Institute shows that 62% want the government to introduce subsidies for buying EVs - and this includes 65% of Coalition votes and 64% of Labor voters.

The poll also found that 57% of Australians would like a ban on new sales of fossil-fuel vehicles by 2035; this includes 49% of Coalition voters with 28% opposed, while 65% of Labor voters and 76% of Greens voters back such a move.

Statistics which have been quoted quite often show that that zero- and low-emission vehicles made up only 0.7% of car sales Down Under. The global average is about 4.2%.

with #EVs at 0.7% market share and #victoria's transport emissions rising…

As seen in the embedded table — for which thanks to Simon Holmes à Court — at least seven other Western countries offer incentives for their residents to buy EVs.

At the 2019 federal election, Labor promised a 50% subsidy on EVs if it was voted in. The Coalition appears unlikely to even consider some kind of concession.

South Australia has also talked of a tax on EVs. though it may face opposition to introducing legislation as Labor and the Greens oppose the policy.

Given the attitudes shown by politicians, companies that make EVs are unlikely to introduce the latest vehicles in this country. After all, they can only sustain production if sales justify it.

Unless there is a change of government federally, it looks very much like anyone wishing to be powered by batteries on the roads will have to fork out their own hard-earned in full.

More in this category: « NYT reporter's infosec book: a worthy tale, but poorly told After all the headlines, whatever happened to them vaccines? »
Share News tips for the iTWire Journalists? Your tip will be anonymous