Ex-officials close to Biden suggest US co-operate with, not confront, China Featured 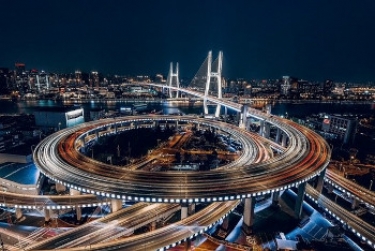 Image by wei zhu from Pixabay

A group of academics and ex-officials who are close to the Biden camp have suggested that the US co-operate with China rather than confront Beijing in many fields and also give Chinese telecommunications equipment vendor Huawei Technologies a role in the global build of 5G networks.

The Asia Times said the report, titled Meeting the China Challenge: A New American Strategy for Technology Competition and dated 16 November, could mean that US policy could change under the new administration that takes office on 20 January.

Economist David P. Goldman said most of the paper was not in any way novel, but the authors, who included Professor Susan Shirk, a former State Department official during the Clinton administration, former deputy secretary of defence Bob Work and former US trade representative Charlene Barshefsky, made a radical departure from Donald Trump's line, saying the US had to learn to live with Huawei and other Chinese telecommunications equipment providers.

Goldman, who writes under the pseudonym Spengler, quoted a portion from the paper as an example of this change in thinking: "Huawei’s prominence in the global technology market presents a special challenge. The risks associated with Huawei can justify a ban on some products by some countries, but total global exclusion of Huawei is not feasible – nor is Huawei the only risk.

"Instead, the US should pursue a layered approach to risk mitigation that maximises network reliability and security and manages the espionage and sabotage risks in the applications and end-user devices that interact deeply with these networks.

"While a ban on Huawei is feasible in some key countries, especially allies and partners, this is a global networking challenge that requires multifaceted solutions. Considering that Chinese components, user terminals, and software will be intermixed among the billions of connected end users of 5G globally, a total global market ban on Huawei and other Chinese suppliers is not practical."

The authors of the paper backed the O-RAN alliance that is seeking to build 5G equipment using off-the-shelf components. They also backed the retention of some of Trump's curbs on China, but said the export of finished chips should be allowed for civilian use.

Goldman said if the US was not ready to help in the rise of a national telecommunications champion, then the best thing would be to allow Huawei to compete freely in domestic markets under a suitable security review.

"If the US doesn’t want to take leadership in 5G equipment, it should abandon the field to China, buy cheap Chinese equipment and build out 5G infrastructure quickly," he suggested.

"The US should focus its efforts on leadership in 5G applications, where the real money is made. Google and Microsoft are still the best computing companies in the world, and could position themselves to lead in these fields.

"Whether China can harvest the benefits of its 5G investment in time to justify the estimated US$280 billion (A$384.9 billion) cost of installing the network during the next five years remains to be seen. That is the question that the United States should be asking of its own tech companies."