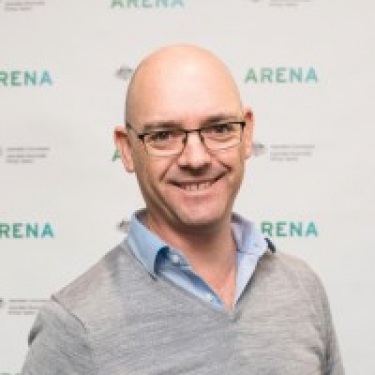 The Australian Renewable Energy Agency (ARENA) has announced $1.25 million in funding to Stanwell Corporation to assess the feasibility of a renewable hydrogen demonstration plant to be co-located near Stanwell Power Station in Central Queensland.

ARENA says if built, the plant would be the largest hydrogen electrolysis plant in Australia.

Stanwell’s $5 million study is investigating the technical and economic feasibility of the installation of 10 MW or greater of hydrogen electrolysis at the Stanwell Power Station site south-west of Rockhampton.

Along with determining the optimal design, a key outcome of the study will be to define the highest value end use for the renewable hydrogen produced.

According to ARENA, Stanwell Power Station offers a unique proposition in demonstrating the role that renewable hydrogen production can play to benefit the electricity system.

Stanwell’s feasibility study is expected to be completed in late 2020.

“The hydrogen electrolyser could be used as a complimentary energy market load that can ramp up in times of excess energy supply, such as peak solar output during the day. The electrolyser could also aid system security through participation in Frequency Control Ancillary Services (FCAS) markets or future markets such as Fast Frequency Response (FFR),” ARENA notes.

ARENA says that by using an existing power station, there are also benefits in being able to use pre-existing land approval, network connection and access to demineralised water which is required for hydrogen production.

“With the hydrogen industry in its infancy in Australia, the study would determine the optimal conditions for electrolysers operating at high capacities. Stanwell will procure energy and green certificates from renewable energy projects in the region to offset 100% of the emissions associated with running the electrolyser,” ARENA said.

“Through Stanwell’s feasibility study we’re showing a new option for producing and using renewable hydrogen. This will create opportunities across the domestic economy and help to position Australia to become a major renewable energy exporter.

“The construction and operation of a utility scale electrolyser is important to demonstrate the costs associated with producing renewable hydrogen at scale. If feasible, this could help underpin future commercial scale deployments leveraging existing network infrastructure at other power stations, and play a role in driving down the cost of domestic hydrogen production.” Miller said.

Under ARENA’s investment priority focused on accelerating Australia’s hydrogen industry, the organisation has committed approximately $50 million towards hydrogen initiatives so far, including over $22 million to R&D projects, and almost $28 million to demonstration, feasibility and pilot projects.

ARENA announced in November 2019 that it would commit up to $70 million in funding to a Hydrogen Deployment Competitive Funding Round in 2020. Public consultation and information forums have been held across Australia and applications for the funding round are expected to open by mid year.