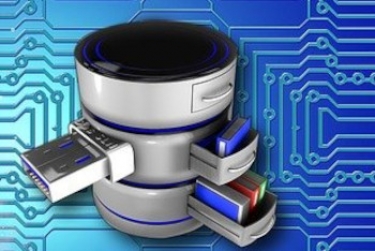 The company behind Elasticsearch has changed its licensing in order to prevent "cloud service providers from offering our products as a service without sharing their modifications and the source code of their service management layers".

Elastic chief Shay Banon announced a dual-licensing model recently, saying that from version 7.11 onwards, Elasticsearch and Kibana would be issued only under an Elastic licence which has no copyleft aspects.

Those who built the software from source were given the option of using either the Elastic licence or the Server Side Public Licence.

Elasticsearch is a distributed, RESTful search and analytics engine while Kibana is an user interface for Elastic's products.

Banon's announcement is the third instance of a software creator wanting to have the aura of open source around his products while at the same time using proprietary licences. The companies behind the database MongoDB and the in-memory database Redis did something similar in 2018.

Elasticsearch has more than 1500 contributors, all of whom have signed over their code contributions to Banon. This change of licence means that they have no recourse to using their own code.

As to why he changed the licensing terms, Banon said, "So why the change? AWS and Amazon Elasticsearch Service. They have been doing things that we think are just NOT OK since 2015 and it has only gotten worse. If we don’t stand up to them now, as a successful company and leader in the market, who will?

"Our licence change is aimed at preventing companies from taking our Elasticsearch and Kibana products and providing them directly as a service without collaborating with us.

"[It] comes after years of what we believe to be Amazon/AWS misleading and confusing the community - enough is enough."

However open source developer Drew de Vault contested Banon's claims. "Elastic has spat in the face of every single one of 1573 contributors, and everyone who gave Elastic their trust, loyalty, and patronage. This is an Oracle-level move," he wrote.

"Elastic was not having their lunch eaten by Amazon. They cleared half a billion dollars last year. Don’t gaslight us. Don’t call your product 'free & open', deliberately misleading users by aping the language of the common phrase 'free & open source'. You did this to get even more money, you did it to establish a monopoly over Elasticsearch, and you did it inspite of the trust your community gave you."

De Vault said open source was a community endeavour. "It’s a commitment to enter your work into the commons, and to allow the community to collectively benefit from it — even financially. Many people built careers and businesses out of Elasticsearch, independently of Elastic, and were entitled to do so under the social contract of open source. Including Amazon."

More in this category: « Asana's Project Overview boosts collaboration DocuSign and Unsplash update the imagery of agreements, finding it's out with the boardroom and in with the bedroom »
Share News tips for the iTWire Journalists? Your tip will be anonymous