How 'smart' is my country Featured 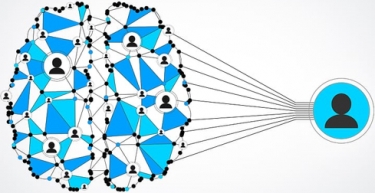 The term 'smart city' is a state of society rather than a state of technology - people should always come first. This does not appear to be the case in Australia.

A long time ago, Donald Horne wrote in his book, 'The Lucky Country,' (1964) "Australia is a lucky country run mainly by second rate people who share its luck. It lives on other people's ideas, and, although its ordinary people are adaptable, most of its leaders (in all fields) so lack curiosity about the events that surround them that they are often taken by surprise."

I don't think, as a country, Australians are yet to grasp that Horne was being critical of the country, and rightly so in my opinion - too often people still refer to Australia (somewhat ironically) as 'the lucky country.' Further, I don't think much has changed. We still earn our place in the world by exporting red rocks, black rocks, and agricultural products. All poorly refined or not at all, allowing other countries the opportunity to add value and make more money (often by selling the resultant products back to us).

For quite some time, people have written of "smart cities" and how throwing technology at a city somehow makes it smarter. I have never understood this attitude. To me, the smartest city is the one that understand the needs of its people and the directions it wants to proceed in order to improve the lot of everyone. Only then should technology be considered.

Not to blame the Broken Hill City Council (too much!), but this is probably the perfect example of what a 'smart city' is NOT. The council started off the right way with this broad outline of what they wanted to achieve, then gave us a bunch of parking dashboards and called it 'smart,' worse, the dashboards have been lacking data for quite some time. Smart-ish, I guess, but really, it's just a bunch of electronics to replace a manual task. They have a positioning document which attempts to lay the groundwork, but it all comes tumbling down when we view the graphic on page 12. The cart has been positioned WELL before the horse. I suggest you read the document to see just how far off the mark they are.

Broken Hill DOES have some ideas on how to be a smart city, I'm just not sure there is enough abstract thinking available to see it through properly.

However, setting Broken Hill to one side really, it's time to think bigger. It's time to make Australia a smart COUNTRY.

To do so, we have to consider what we think people-focused progress looks like - from a personal, a social and a national viewpoint. Further, from a local, regional and national level. What should we, as a country be like in 10 years, 20 years, 50 years? And in each of those time-frames and outcomes, what technology exists (or has to be invented) to achieve these desired outcomes?

It would be pointless to start suggesting major projects as some kind of outcome in and of themselves. Instead, we should be discussing societal outcomes and asking, "how do we achieve them?" Too often we see fundamental changes to our lives being driven by commercial interests with a 'strong business case' for their pet project. 'Smart' these projects are NOT; perhaps they are technological... and expensive... and driven by vested interests, but such projects are highly likely to take us in an opposite direction from where we want to go.

Instead of saying, "we need a pipeline to move water from northern Australia to the south," we need to make the observation that the south is lacking water and the north has an excess... what's the best way to resolve the problem? Instead of saying we need 'fast-rail,' we should observe that the country needs efficient ground transport. Perhaps some form of 'faster rail' will achieve this, perhaps there are other solutions. We also need to consider whether there are ancillary benefits to any such project. I would strongly prefer to see a societal case being made before determining than some kind of "faster rail" was a potential solution.

Further, instead of saying we need to replace fossil-fuel power generation with 'renewable' (a term I've always detested!), we need to observe climate change and air quality issues and seek ways to improve things for the people and the planet.

Do people understand where I'm going with this? Broadly, we need to realise that it's people first, technology second - knowing who is master is important - people should outweigh corporations in every situation.

In closing, perhaps the Chinese philosopher Fushumongu (circa 504 BCE) said it best.

"We are none of us alone.

More in this category: « COVIDSafe App – an update to why it should be avoided
BACK TO HOME PAGE
back to top